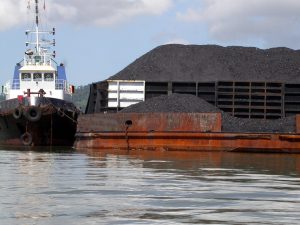 Indonesia may have reached its production limits for Europe, it has enough for India

India is known to be taking full advantage of competitive coal prices from Russia given the latter’s ample inventory. While large quantities at competitive prices is enticing, the Rupee-rouble payment system may prove to be an unworthy cause. That leads to the country looking for alternative suppliers.

Rupee-rouble mechanism stalled?
Last month, India was putting its stakes on the Rupee-rouble trade implementation to sustain imports. It is a mechanism which allows payment in Indian rupees for Russian exports, instead of by standard international currencies such as dollars or euros. Under this arrangement, a Russian bank will need to open an account in an Indian bank and vice-versa. Such is under the condition the country (India) is not imposed sanctions.

However, a new payment system was introduced as the Rupee-rouble went into a black hole. Russia has been touting its alternative payment system — the System for Transfer of Financial Messages (SPFS), which was set up in 2014. Incidentally, Bloomberg revealed that the Indian government was considering to use the SPFS for payments in rouble.

India has been buying cargoes of economically-priced Russian oil amid international sanctions and boycotts of products from the energy powerhouse. Russian oil accounted for just 2 per cent of India’s total imports in 2021. However, the Russian central bank told Reuters, “Under the current conditions, we have made the decision not to reveal the list of organisations connected to SPFS. Still, this list is available for users of the system.” Such proves Russia is not allowing its trade to be jeopardised. The Russian Central Bank governor Elvira Nabiullina disclosed to Reuters that most Russian banks, as well as 52 foreign organisations from 12 countries have access to SPFS.

The Russian central bank’s act of caution is actively deterring India to refrain from importing its coal. This leaves India no options but to look for backup sources without breaking the bank. While Australia and South Africa has inventory, India would certainly opt for financially-sensible sources, with Indonesia as the obvious choice.

Share
Previous Tunisia: Bunker tanker “Xelo” sinks in Gulf of Gabes, no oil leaks reported to date
Next Congestions in Shanghai to ripple to other ports