India petitions for an inclusive maritime sector for trade 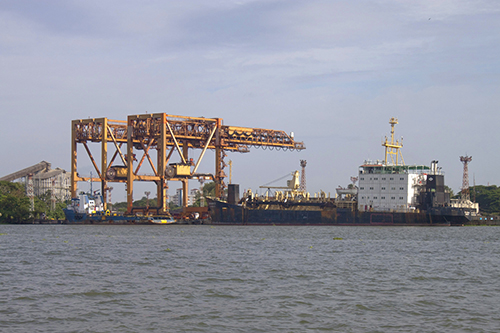 The politician stressed the importance of sea routes and urged for prudence and integrity in sustaining maritime trade.

Disputes, trade and economy
In a conference organised by the United Nations, PM Modi pointed out the risks confronting world maritime. “Sea routes are being misused for piracy and terrorism. There are maritime disputes between countries. Climate change and natural disasters are also related to the maritime domain. Our prosperity is dependent on the active flow of maritime trade. These bottlenecks are a challenge for the global economy,” he said.

Noting the lengthy legal battles involving maritime players, PM Modi added it is important to settle maritime disputes peacefully and based on international laws. Such is important for mutual trust and confidence, and key to ensure global peace and stability. PM Modi cited the example of India’s settling its maritime boundary issue with neighbouring Bangladesh.

PM Modi also highlighted the need to encourage responsible maritime connectivity. He noted, “It is clear that creating infrastructure is necessary to increase maritime trade. However, the fiscal sustainability and absorption capacity of the countries have to be considered in the development of such projects. For this we should make proper global norms and standards.”

India’s trade performance
Shortly after PM Modi’s appeal, India recorded an inflation ease in July after hovering around 6 per cent for two consecutive months; from improved supplies and lifted restrictions. The government said it would continue all necessary measures to contain rising prices. Data from the Ministry of Statistics revealed consumer prices rose 5.59 per cent in July from the same month last year, lower than June’s 6.26 per cent annual inflation rate. Food prices rose 3.96 per cent year-on-year in July from 5.15 per cent a month before.

For exports, India reportedly reached $35.2 billion in July, shipments in early August garnered $7.4 billion. Tentative data from the commerce ministry showed while exports grew 50.5 per cent in the first week of August, imports shot up 70 per cent to $10.5 billion, resulting in a trade deficit of $3.1 billion during the seven days period. Trade deficit in June 2021 was $9.37 billion as quoted by other media.

Share
Previous Steep Drop-Off for Scrubber Uptake in Container Segment in 2021
Next Could China have better managed the outbreak?