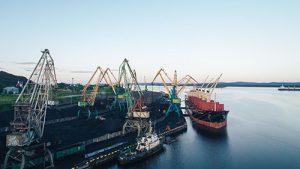 A planned talk to address the month-long ban did not happen, leaving miners more worried

The real impact from an imprudent decision has revealed itself. Original shipments were halted and left hordes of vessels in limbo. All eyes are now on Indonesia especially on its relations with big economies like China and India, apart from its local miners.

Deadlock in a black hole
According to the Indonesian Coal Miners Association (ICMA), miners were scheduled to meet Indonesian Trade Minister Muhammad Lutfi, but the meeting did not take place. Additionally, no further details were given, and ministry officials declined to comment.

Separately, the country’s State-Owned Enterprise (SOE) Minister Erick Thohir said his administration along with the Energy Ministry, planned to hold talks with state power company Perusahaan Listrik Negara (PLN) to review their coal supplies. Minister Thohir said through a statement, “We will clearly map out the condition in each coal power plant, so later on we would not find any more problems.”

To give a clearer perspective of this situation, data from Refinitiv revealed around 100 vessels were either loading or waiting to load a total of some 5.9 million tonnes of coal near Indonesia’s main ports off Kalimantan. This included around 25 vessels waiting off the port of Samarinda and 27 off Taboneo. The forced stop was confirmed by a trader in India’s Western Gujarat state, who said they have not seen any shipments after 31 December 2021.

In a stock exchange filing, state coal miner PT Bukit Asam disclosed that both the ICMA and Trade Ministry submitted a list of companies which fulfilled their domestic market obligations (DMO). The purpose of the submission was to propose a ban lift after honouring the obligation. It required miners to sell 25 per cent of their output to local power plants at a maximum price of US$70 per tonne.

On one end now is a cohort of companies lobbying to continue exports after fulfilling their DMO, the other would be anything from questions on if Indonesia is planning to mitigate the losses from impulse decisions, to the country’s sincerity in addressing possibly threatened trade relations. Port congestions is not something easily resolved and the republic should have taken some notes from last year.