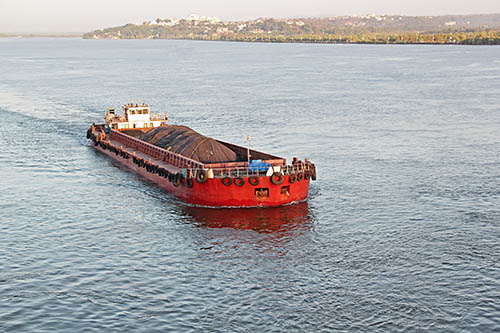 China was cold towards Australia for a while – shutting off its iron ore supplies. If Australia realised China’s value and position as a huge buyer, it should have known to keep away from tight ropes.

Treading on thin ice
A government official’s comment earlier resulted the China’s stonewalling. When it was discovered that Australia was not totally written off, it should under all circumstances be a strong message to be prudent about its bilateral relations. Instead, the Australia took the opportunity to dance with the devil again by stressing China’s reliance for its iron ore.

Vivek Dhar, energy economist from Australia’s Commonwealth Bank remarked: “It would be very challenging for China to move away from its more than 50 per cent dependence on Australian iron ore. Over the medium term, China could reduce its dependence by increasing imports from other countries, boosting domestic supply, increasing scrap steel usage and reducing steel production altogether. The last two measures are likely to happen regardless of Australia-China tensions. Iron ore is critical to Australia’s economy. Treasury predicts the value of the market will jump from $103 billion last year to $136 billion this financial year.”

Michael Shoebridge, Director of Defence, Strategy and National Security at the Australian Strategic Policy Institute, said China is “deeply unhappy” with the fact the country has limited options concerning iron ore. He noted, “I think that the Chinese government wants its steel makers to diversify but that is easier said than done. They will try and use more domestic steel and iron ore, but the quality and nature of that is a just a big cost driver. That is something the companies do not want to do and undercuts their market position. I can imagine the Chinese government trying to force a collective pricing on their steel companies but they have had real trouble doing that to date.”

An dangerous invitation
Shoebridge concluded: “Getting Brazil up to scale reliability is very difficult and even if they are bringing on new African deposits, it cannot replace the competitive price and level of volume that Australian miners have.” China imported $12.3 billion worth of Australian iron ore in May 2021, as confirmed by data from the Australian Bureau of Statistics.

Despite the reduced quantity, trade is still happening. There is a pressing need to renew trust and bilateral alliance between both nations. When the stakes involve mammoth purchases from the biggest buyer, the natural move is to extend some tact to reinforce friendship and support. If the assertions do not sit well with China again, Australia can look forward to a thicker wall.