Is Korea resuming its journey to revive the shipping sector? 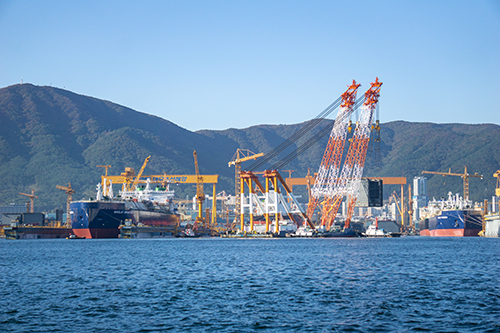 Korea’s mission to revitalise its shipping sector was earlier thwarted, however….

HMM just splurged $1.57 billion for 12 13,000 teu box ships order, split between Korean shipyards: Daewoo Shipbuilding & Marine Engineering and Hyundai Merchant Marine. Each will construct six vessels, and deliveries are scheduled in the first half of 2024.

Common denominators in both buyers’ purchase
HMM added their newbuildings will be fitted with hybrid scrubbers and designed to be LNG-ready. The spokesperson added, “We expect these ships to give us strong environmental credentials, as well as provide us with the capacity and flexibility to get our customers’ cargo to the right place at the right time.”

Meanwhile, Seaspan Corporation, a Hong Kong shipowner and operator also booked 6 15,000 teu newbuildings, with an undisclosed shipyard. The vessels will also be delivered first half of 2024. The company added their vessels will be scrubber-fitted (as well) and enter long-term charters with unnamed global liner. The orders will increase Seaspan’s total capacity to 1,784,200 TEU on a fully delivered basis, from 129 ships representing 1,090,200 teu currently.

With glaring circumstantial specification similarities, the shipyard in Seaspan’s case will likely be Korean as well. On the political front, differences between Hong Kong and China remain entrenched. Economically, both may complement each other. However, Hong Kong’s identity crisis and resistance to Beijing’s interference are at the heart of a civil unrest in the former British colony.

Pro-democracy activists in Hong Kong would like the region to remain different from other Chinese cities. Hongkongers remain wary about China’s intentions and its interfering the former’s political affairs. That alone is sufficient for one to deduce the newbuildings may not be from China, regardless how low the price tags are. What is more telling: was Seaspan’s remarking their purchase will be completed from additional borrowings as well as cash on hand.

Share
Previous Just-in-case if just-in-time fails
Next Will the Korean mammoth merger ever happen?