Is the cutoff a little push for Japan? 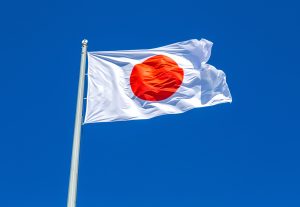 Russian gas cutoff has gotten many countries unwittingly scrambling for greener alternatives – liquefied natural gas (LNG). Japan, a country committed to cease energy business with Russia is now facing a supply shortage. A source disclosed to the Wire, (an Indian news outlet) that the Japanese government asked power companies to top up their LNG reserves and share energy resources.

A step in the LNG direction
While Japan joined the cohort of nations taking Russia to task, Reuters learnt its industry ministry has directed power companies to ensure they have 3 weeks of reserves and urged gas and electricity companies to sell each other spare gas rather than offer it overseas. Ministry officials are also discussing LNG measures with industry representatives.

Japan’s Prime Minister Fumio Kishida is aiming to balance the country’s energy security and further pressures to boycott Russia by the Group of Seven (G7) industrial powers. The G7 is an inter-governmental political forum consisting of Canada, France, Germany, Italy, Japan, the United Kingdom, and the United States.

PM Kishida disclosed that Japan aims to reduce its dependence on Russian energy, but will continue to import from Sakhalin oil and gas projects in Russia’s Far East, where the Japanese government and companies hold stakes. A major disadvantage Japan grapples with is its inability to store enough LNG reserves. Its capacity is only at 3 weeks tops, compared to the European countries whose capacity goes by months.

Kensuke Matsufuji, President of Hiroshima Gas Co 9535.T said, “In the event that getting Sakhalin LNG becomes impossible, we will look for other sources or get some from other companies.” The company which supplies Kishida’s hometown and gets half its LNG from Russia, is in talks to buy gas elsewhere, including from Malaysia.

Tokyo Gas Co, which gets 10 per cent of its LNG from Russia, is also trying to buy more gas directly from producers to avoid spot markets, which costs 5 times more. CEO and President Takashi Uchida said the company has approached LNG producers in the United States but has yet to score any commitment for increased shipments. A Tokyo Gas spokesperson said the company could increase its supplies from the United States under existing contracts but declined to say whether it had asked to do so.