Is the ship operator a convenient scapegoat for maritime mishaps? 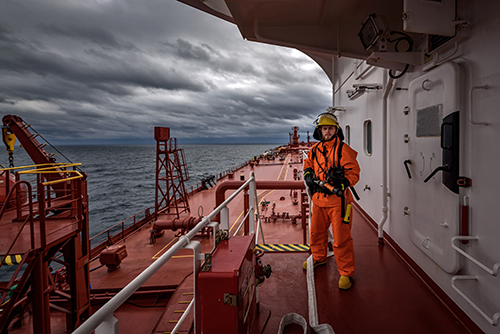 From collisions to fires, the ship operator is always the first to get the heat

While investigations are ongoing, there should technically not be any speculations on who is liable. However, from Wakashio to Ever Given and X Press Pearl, the ship operators have been in the spotlight for legal matters.

Guilty until proven innocent
All the recent maritime mishaps share a similar “investigations are ongoing” label. Unfortunately, many ship operators are passed the buck – with some standing before the courts to prove they are not the only ones responsible.

Take the X Press Pearl for instance, which burned for 13 days before sinking. The oil spills which threaten marine life appeared to be the reason behind authorities pointing their guns at the operator. Shmuel Yoskovitz, CEO of X-Press Feeders which owns the X-Press Pearl, told the media that heavy equipment had been deployed to help with beach cleaning. X-Press Feeders was co-operating with the authorities in the aftermath of the major incident. That unfortunately was not enough to diffuse any tension surrounding the case.

There can be many reasons behind mishaps. However deeply the industry is aware of this, the operator seems to be the easiest party to pin the liability on. In X Press Pearl’s case, the Sri Lankan authorities suspected a leaking container loaded with nitric acid was the cause of the fire, which interacted with other cargo in one of the forward holds of the vessel. Yoskovitz flagged out a crucial point. He said, “While carriers load containers, they were not responsible for stuffing the boxes, relying on their customers to perform this task professionally.”

Incidentally, International Union of Marine Insurers secretary general Lars Lange told a media that the International Maritime Organisation (IMO) was developing new rules governing the design of ships to protect against fire. The regulations however would not be available until 2028. He remarked, “Containerships are not designed to fight fires, there are no fire-proof barriers on board; nobody would be able to build a warehouse like this.” He added it was critical that the regulations were changed to make sure all owners complied.