It is now the conflict affecting supply chains 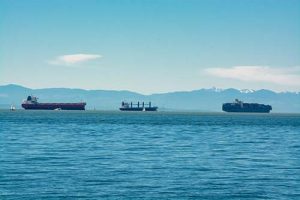 A shift in cause is keeping world trade continuously under siege

The industry battled the pandemic-induced congestions worldwide and the aftermath of inflation from supply shortage. As the world transits to an endemic phase, the Russia-Ukraine crisis is now wreaking havoc in the maritime industry.

Trade imbalance turns nuclear
It is fair to say supply shortage is happening across markets. Countries that used to be rich are now scrambling for alternatives sources, topped with higher prices. Prior border restrictions seem to be no longer a huge concern for trade. Instead, sanctions are causing a trade imbalance at a nuclear scale.

Sanctions on Russia have taken on a life of their own as relationship between Russia and Ukraine (and the world) steadily deteriorates. Global supply chains were fragile since the pandemic from port congestion, and the multilateral conflict only worsened the situation for companies in across industries, particularly those heavily reliant on energy resources. Countries can no longer place all their stakes on existing inventory with hopes both nations will settle.

Findings from FourKites revealed transhipment dwell times have increased 43 per cent across Europe since 17 February 2022. Disruption mounted since February when troops began to mass on the Ukranian border, with export dwell times up by 25 per cent in European ports, and 43 per cent for transhipment cargo specifically. Delays were particularly pronounced in consumer packaged goods and food supplies, where dwell times for FourKites customers in Europe increased by 55 per cent. In the same timeframe, shipments into Russia dropped by 17 per cent. More steep decreases are expected as the sanctions widen and commercial decisions by carriers take hold.

FourKites said, “Where ocean shipments from Shanghai to Rotterdam were less than US$2,000 2 years ago, some freight forwarders showed rates at US$54,000 for a single container immediately after the invasion!”. Bunker prices have also increased. According to data from Ship&Bunker, between 17 February 2022 and 3 March 2022, the global average price of Very Low Sulphur Fuel Oil (VLSFO) has gone from an already-elevated US$769.50 per tonne to US$885.50. (The cost was US$525.50 this time last year.)