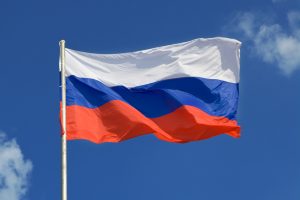 Russia’s actions on Ukraine resulted in a series of economic deadlocks. Russian banks were sanctioned, and a major oil shareholder pulled out its stake in the country.

The impact of profound ignorance
BP announced its exit from Russian oil giant Rosneft in an abrupt and costly end to 3 decades of operating in the energy-rich country, marking the most significant move yet by a Western company in response to Moscow’s invasion of Ukraine. Rosneft accounts for around half of BP’s oil and gas reserves and a third of its production and divesting the 19.75 per cent stake will result in charges of up to US$25 billion, the British company said, without saying how it plans to extricate itself.

BP held 2 board meetings where the decision to quit Rosneft, as well as two other joint ventures BP has with Rosneft in Russia, was taken, as per a spokesperson for the company. It will take an US$11 billion foreign exchange non-cash charge after the exit from Rosneft, which BP will no longer include in its accounts. BP said it also expects a second non-cash charge of up to US$14 billion, for the carrying value of Rosneft. BP received revenue from Rosneft in the form of dividends which totalled around US$640 million in 2021, some 3 per cent of its overall cash flow from operations.

BP’s rapid retreat as the biggest foreign investor in Russia puts the spotlight on other Western companies with operations in the country including France’s TotalEnergies TTEF.PA and Britain’s Shell, amidst an escalating crisis between the West and Moscow. These events reflect the extent of the damage resulting from a grave erroneous decision. A tsunami of economic destruction sweeps across the globe.

The industry is witnessing both the Russian and Ukraine economies tipping towards an awful end if there is zero resolution on the table. Various nations’ sanctions are important appeals to Russia take a diplomatic approach for resolving differences, instead of becoming a casualty of a fallout.