Korea positions itself as a LNG shipbuilder 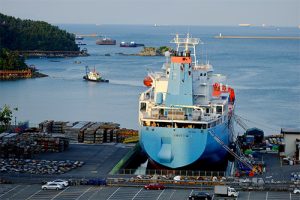 The republic bagged all 7 LNG newbuilding orders in February 2022

There is an interesting twist to Korea and China’s competition to be the top shipbuilder: both appear to be focusing on liquefied natural gas (LNG). Clarkson Research Services remarked, “For the first 2 months of this year, South Korean and Chinese shipbuilders’ track records were 2.81 million compensated gross tonnes (CGT) and 2.01 million respectively. Last month, LNG carrier orders totalled 7 and South Korean shipbuilders won all of them.”

The demand for LNG carriers is apparent due to IMO 2050. In January and February, the number of large LNG carrier orders was 22, including 15 won by South Korean shipbuilders. The average price of this type of ships peaked at US$218 million last month. These orders translated to 1.89 million CGT in January and February, up 1,012 per cent from 2021. Qatar Energy is planning to place at least 100 such orders within the next 6 years.

This is a unique aspect of the competition. With the conflict hurling more challenges to the industry, Korea’s efforts to distinguish itself in the LNG newbuilding market may be thwarted by the sanctions. Should there be a wave of LNG carrier orders from Russia, Korea’s hands would be tied. Instead, it becomes an irresistible cash cow for China’s state-owned builders. The industry can anticipate a more interesting race when a dash of multilateral uncertainty is added to the mix.