Korea sues the European Commission over a failed merger 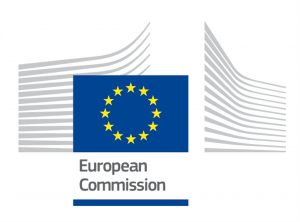 HHIH is understandably disappointed when the European Union (EU) said no to its plan to acquire Daewoo Shipbuilding & Marine Engineering (DSME). The decision was based on the EU’s refusal to be held hostage by a dominant shipbuilder. However, is filing a lawsuit worth it?

Testing dangerous waters
The EU previously explained, “The combination of the 2 would create a company holding a dominant position in the global market for the vessels, holding a market share of at least 60 per cent, which would result in reduced competition and higher prices.” Margrethe Vestager, the Commission’s Executive Vice-President in charge of competition policy added, “Large liquefied natural gas (LNG) vessels are essential and enable the transport of this source of energy around the globe. LNG contributes to the diversification of Europe’s energy sources and therefore improves energy security.

“The merger between HHIH and DSME would have led to a dominant position in the global market for building large LNG vessels, for which there is significant demand from European carriers. Given that no remedies were submitted, the merger would have led to fewer suppliers and higher prices for large vessels transporting LNG. This is why we prohibited the merger.”

HHIH’s confirmed that it sued the European Union’s antitrust regulator to have the EU court judge on the legality of the disapproval. A HHIH official disclosed, “We filed the lawsuit to ask the court to verify that it was unreasonable for the EU regulator to evaluate the shipbuilding market dominance based only on market share. Even if we win the lawsuit, the decision cannot be overturned, so we are not pushing for the acquisition again.”

Additionally, HHIH was prepared to ride on President Yoon Suk-yeol’s promise to find DSME a new owner. He vowed at an election campaign, “I will solve the problems surrounding DSME as soon as possible for the company to contribute to Geoje’s regional economy and Korea’s economic growth.” If the EU manages to offer an explanation which certainly will not sit well with HHIH, it offers no benefit unless Korea is prepared to shift its focus outside of the EU. Additionally, Korea as a whole would have more reasons to be cautious as it may also result in another bilateral trade row.