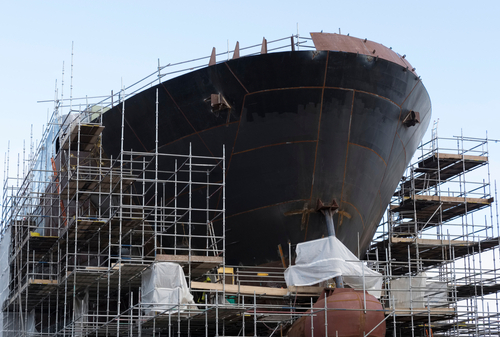 23 operators’ slapped with price-fixing penalties was one major factor

Several ship operators were concurrently taken to task for fixing rates, much to the Korea Shipowners’ Association’s (KSA) discontent. The price hikes’ taking place almost simultaneously was the giveaway.

The Korea Fair Trade Commission’s (KFTC) investigations revealed found 23 liner operators and the Committee Of Shipowners For Asian Liner Service had come up with 122 freight-related agreements pertaining to the South Korea – Southeast Asia route. KFTC subsequently imposed a fine of between 8.5 and 10 per cent from the operators’ revenue from South-east Asian services.

Displeased with the turn of events, KSA stressed the authorities’ actions would thwart the country’s efforts to revitalise Korea’s shipping industry. Its representative said, “The shipping industry’s reconstruction that is being pursued after Hanjin Shipping’s collapse may be in vain. If shipping companies sell their vessels to pay the fines, this could further intensify the capacity shortage which impeded exports.” The association also flagged out the possibility of disruptions to Southeast Asian routes due to the KFTC’s decision.

Meanwhile, Korea is also facing another conundrum with a local merger involving two companies. Hyundai Heavy Industries Holdings Co (HHIH) acquiring Daewoo Shipbuilding and Marine Engineering Co (DSME). It is still pending the European Union’s decision which was delayed for close to a year. This may spell shipbuilding monopoly in Korea, translating to volatile employment movements and possible upheavals from business consolidations.