Liquefied natural gas (LNG) vessels are next for Korean shipbuilders 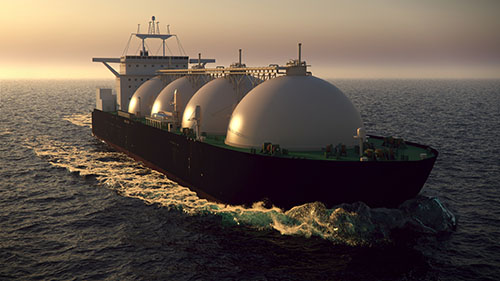 After achieving sales targets for 2021, South Korean shipbuilders get ambitious

Korea’s top 3 shipyards have secured enough work for full capacity operations till H1 2024. Industry observers however picked up an attention shift towards LNG in their journey towards IMO 2030.

LNG may be the new black
Korea’s Big Three shipyards: Korea Shipbuilding & Offshore Engineering Company (KSOE), Daewoo Shipbuilding & Marine Engineering Company (DSME), and Samsung Heavy Industries Company (SHI) have exceeded their yearly order goals. As at September 2021, the country overtook China in newbuildings. Samsung Heavy Industries Company in particular averaged at US$170 million for new vessel orders, thrice as much as Chinese shipyards. A source asserted, “As ship prices continue to rise and dockyard space remains scarce, shipping companies are in intense competition to secure slots on the docks for their new ships in advance. We no longer take orders at below-market prices.”

Nevertheless, shipbuilders worldwide are hard-pressed to reduce at least 40 per cent carbon dioxide (CO2) emissions by 2030. Thus, turning to vessels kinder to the environment would be the next correct course of action.

LNG is currently the most widespread alternative fuel. As at mid-2021, there are reportedly 200 LNG-powered vessels sailing worldwide, according to classification society DNV, and nearly 300 on order. LNG bunker sales in the world’s biggest LNG bunkering hub, Rotterdam, tripled in 2020 to 210,000 mᶟ from 72,000 mᶟ in 2019. Though LNG emits 15-21 per cent less CO2 than 0.5% marine fuel, using grey LNG alone is not enough to meet the IMO’s 2030 goal. There are also concerns with LNG regarding methane slip, a much more potent greenhouse gas than CO2.

Clarkson Research’s findings saw eco-friendly ships, including LNG carriers, accounted for 32 per cent of new global ship orders placed as at September in 2021, up from 21.3 per cent in the year before. It forecasted their proportion to increase to 59 per cent by 2030 and 100 per cent by 2050, when the United States, the European Union, and other major economies aim to be cargo neutral. Another shipbuilder source added, “We expect new ships’ and offshore plants’ orders to pick up sharply, in line with the rising LNG and crude oil prices. We are now drawing up next year’s business plans, based on expectations of better business opportunities.”

Share
Previous Straits Energy Resources Adds Bunker Barge in Malaysia
Next Will 2022 be a year of investments in decarbonisation?