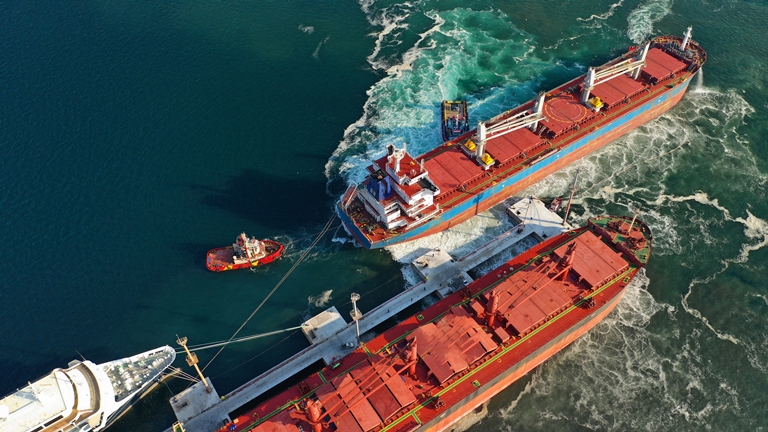 The end-user demand for lump cargoes in both seaborne and portside market hiked after Hebei implemented further sintering and production cuts. Market insiders anticipate end-users to continue or increase their consumption level to maximise production efficiency with steel margins at attractive levels.

Fuelling the price hikes
A Chinese trader said end-users are looking to get around environment restrictions to consume more lump in their raw material feed in a bid to improve steel production levels. Several traders indicated a general lack of willingness from both traders and end-users to sell their seaborne cargoes, given the prospect of higher lump prices in the portside market.

During the Platts Market on Close assessment process, Forchi Holding Pte Ltd was bidding for a 62 per cent Fe Pilbara Blend lump (PBL) cargo at $0.49/dmtu CFR Qingdao over the April average of IODEX, for 70,000-100,000mt, with a load port laycan of 30 March to 14 April 2021. Market participants with lump cargoes on hand expressed that lump premiums would have to be closer to $0.60/dmtu for them to consider selling given the difficulty in securing lump cargoes at the port.

Liquidity continued to fare badly in the portside market with sellers raising their offers from the surging demand. Market sources pegged the current portside lump premium to be around $0.55-$0.60/dmtu with the fixed price equivalent over $10/dmt higher than seaborne cargoes.

Another Chinese trader revealed that there are more reselling options for those with lump cargoes on hand. End-users situated near river ports are also willing to pay high premiums for lump cargoes due to a lack of access to the main Chinese portside markets.

Spiked demand anticipated from Japan and China
Although several sources felt the current levels of lump usage to be unsustainable without the existing sintering restrictions, expectations of environmental controls to remain in place until after the upcoming Two Sessions at least were deemed to be in favour of short-term demands. They added the supply of mainstream lump cargoes is expected to tighten further following delayed shipments for Australian lump in February and reduced availability for Chinese buyers.

A procurement source noted, “Strong production levels from Japanese end-users have propelled the hike in lump demand, resulting in securing of more Australian lump cargoes at higher premiums as well as procuring of lump cargoes from Chinese ports.” Another steelmaker remarked, “BHP was negotiating lower lump volume to be replaced by fines for our March combination cargoes. Long-term contracts have to be fulfilled before any spot cargoes are made available in the market.”

The trend of stronger lump demand over the past few weeks has seemingly eluded non-mainstream lump cargoes, but market players this trend to change following lower coke prices and limited mainstream lump cargoes. South African lump brands typically require higher coking costs due to higher melting points compared to Australian lump and tend to be valued at discounted levels in comparison to mainstream Australian lump brands in times of high coke prices despite their higher Fe content. An international trader said that lower grade lump brands like Fortescue lump have seen an increase in demand following a spillover in mainstream lump demand and as a result of improving cost-efficiency.