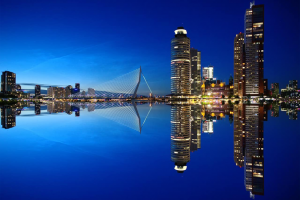 Repost: Mass flow meters used for bunker supply at the ports of Rotterdam, Antwerp and Zeebrugge will need to meet standards from the International Organization of Legal Metrology (OIML) when their use becomes mandatory in the next few years, according to industry body IBIA.

The meters will need to be certified and comply with OIML regulations to be approved under the new requirement, IBIA said in a statement on its website on Friday, without citing a source for its information.

The Rotterdam and Antwerp-Bruges port authorities confirmed last month that they were working on jointly making MFM use compulsory for bunker supply. Ship & Bunker first reported on the possibility in October, with sources saying the change could be implemented as early as the start of 2024.

“The introduction of certified and standardised bunker measuring systems as a requirement for bunker supply operations in Rotterdam, Antwerp and Zeebrugge should help to significantly reduce quantity issues and boost confidence in these ports’ bunkering services, which are already among the most efficient in the world,” IBIA Director Unni Einemo said in Friday’s statement.

“This should further improve efficiency and create a more level playing field for bunker companies in these ports.”

The Rotterdam and Antwerp-Bruges authorities said 40 of 170 bunker vessels operating in the area were already equipped with a bunker measuring system. But IBIA pointed out on Friday that some of these devices are volumetric flow meters, rather than mass flow meters, and the market will need to wait for further details from the authorities to find out if all of them will be allowed under the new rules.