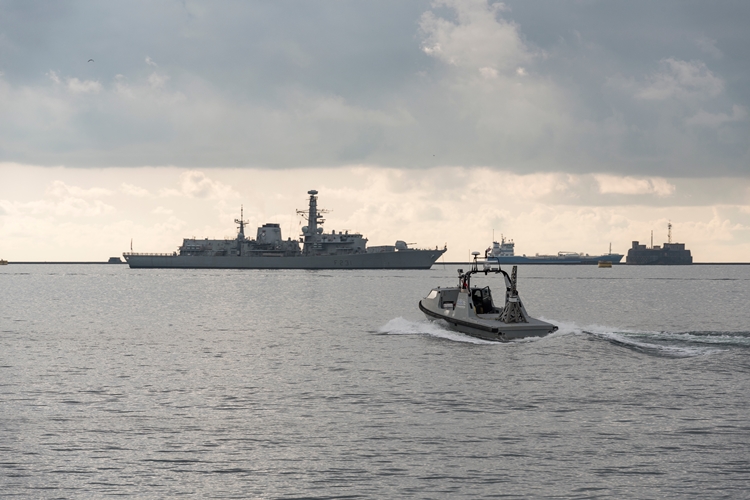 Though the world looks forward to witness autonomous shipping technology implemented in full force, its surrounding legalities are concerning. Artificial intelligence and IoT have dominated the maritime headlines including successful voyage tests. However, probabilities of technical errors, cybersecurity, or even deliberate maintenance neglect plus legal responsibilities form the list of concerns.

Co-existing with traditional vessels
The International Maritime Organisation’s (IMO) sub-committee on navigation, communications and search and rescue (NCSR) has working groups due to submit their report as part of a roadmap to change regulations for MASS trials and future adoption. They need to consider legal frameworks in the event of autonomous ships co-exist with traditional vessels; whether there is separation in exclusive zones from traditional vessels and when eventually there is prominence of MASS.

The NCSR deals with all matters related to navigation and communication, including the analysis and approval of ships routing measures and ship reporting systems; carriage requirements and performance standards for navigational and communication equipment; the long-range identification and tracking (LRIT) system and the development of e-navigation.

Those involved in MASS innovation are concerned about how unmanned ships will be dealt with by Safety for Life at Sea (SOLAS), International Convention for the Prevention of Pollution from Ships (Marpol), collision regulations (COLREGS) and Standards of Training Certification and Watchkeeping (STCW).

Current regulations pose dilemmas
IMO has undertaken a regulatory scoping exercise over the last two years to identify the extent to which the governing framework may need amendments to enable safe operation of automated vessels. The biggest challenge lies in the regulations that involve people – conventionally relied upon to safeguard the vessel’s seaworthiness.

For instance, SOLAS Chapter V, Regulation 5 states “all ships must be sufficiently and efficiently manned”; United Nations Law of the Sea Convention, Article 94 declares “each ship must be in the charge of a master possessing appropriate qualifications in seamanship, navigation, communications and marine engineering”; and ISM Code, Article 6.2 asserts “shipowners must ensure each ship is manned with qualified, certificated and medically fit seafarers”.

Additionally, COLREGS require “contemporaneous human sentience”, although this does not necessarily entail a person being physically on board. Moreover, COLREGS specifically require the ability to step outside the letter of the law if the master feels that to do so would prevent an accident – a requirement currently beyond the capability of the algorithms in fully autonomous MASS.

It is fair to conclude STCW Convention is not applicable in the case of MASS with no seafarers onboard, as its wording consistently refers to people being onboard. Remotely controlled MASS will likely operate within the current internationally accepted standards and regulations. Therefore, a set of risk-based guidelines would be a good approach as compared to fixed rules.

In the longer term, there is a need to revise the existing legal framework. This may well require the creation of a new MASS Code to deal with the novel concepts involved in MASS. For example, what is seaworthiness in relation to a MASS? How will liability flow if there is an incident? What was the MASS’s decision-making process at the time? Should the size of the MASS matter in relation to its regulation? Should liability be based on product liability rather than strict liability?

There will be no MASS Code or similar before 2030. However, the Baltic and International Maritime Council is working on a MASS management contract to facilitate integration into the existing framework.