A massive explosion rocked Beirut, Lebanon on Tuesday, 4 August, leaving at least 137 dead with thousands injured. The explosion, believed to have been caused by a fire at the Port of Beirut near a large deposit of ammonium nitrate, caused widespread destruction to not only the port, but also to many surrounding buildings. It is suspected that the ammonium nitrate, often used as fertiliser, caught fire and triggered the explosion. As reported by the BBC, the explosion blew out windows in Beirut International Airport, about 9 km away from the epicentre of the blast. The explosion could also be heard from as far away as neighbouring Cyprus, about 200 km away. Lebanese President Michel Aoun has promised a transparent investigation into the incident, with Prime Minister Hassan Diab slamming the conditions leading up to the explosion as “unacceptable”. 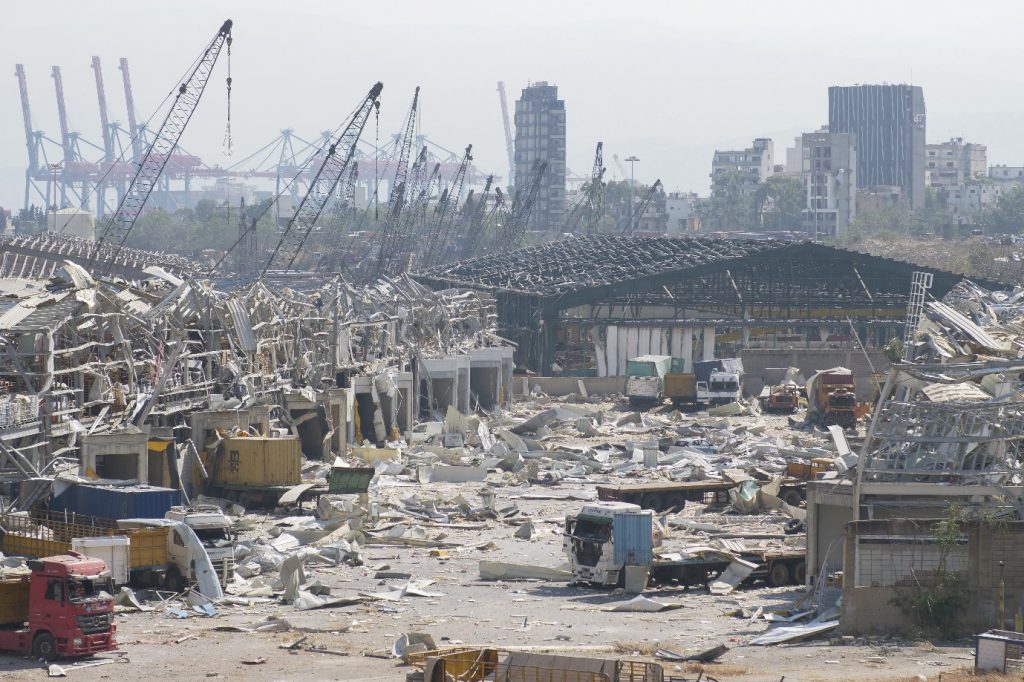 The massive explosion has resulted in large-scale damage to the port, as well as to the country’s food security, due to the destruction of grain and wheat silos located close to the blast, which may result in widespread food shortages across the country. Videos from different perspectives showed smoke billowing from the building before an explosion shook the area.   The explosion at the port has affected many different companies in the maritime industry, such as French shipping company CMA CGM. CMA CGM, which has 261 members of staff in Beirut, has reported 1 worker missing, along with several casualties, including 2 who are seriously injured. Furthermore, its headquarters, located within a few hundred metres of the explosion, was seriously damaged by the blast. In a statement, CMA CGM said: “At this stage, the preliminary toll shows two seriously injured and many minor injuries. One member of our staff at the port is currently missing. We are doing our utmost, in collaboration with the local authorities, to find him.” Additionally, the 11,400 teu container ship CMA CGM Lyra, located 1.5 km from the blast, was announced by CMA CGM to have not suffered any damage or casualties. The fate of other ships in the vicinity, including Mero Star and Raouf H, are as yet unknown.   Gulf Agency Company (GAC), which has offices near the port, announced that “The GAC Lebanon office building, at the entry of the port, has been severely damaged. However, staff are still able to receive emails.”   Hapag-Lloyd, a German shipping company, which also has offices located nearby, reported that its offices have been completely destroyed, but its staff had been evacuated prior to the explosion.     Sources: Seatrade Maritime SP Global BBC News