Monopoly rights with politised trade will lengthen the pandemic 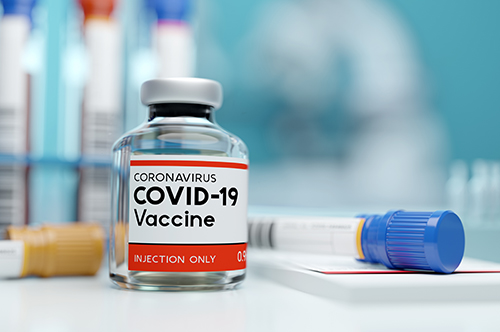 The maritime industry continues to struggle with labour shortages. Again, given India being one of the major suppliers for seafarers, no access to vaccination can only escalate the shortfall with the dwindling supply of inoculated crew from other countries.

From the ethical perspective
Vaccine supplies remain short. Drug giants who signed bilateral deals with rich nations in terms of dose quantities have come into question – why are the wealthy countries hoarding the vaccines? These rich nations have “purchased” doses by the millions in the pretext of funding research. Doing the math, the quantities of doses exceeded the population in a few nations, resulting in surplus.

Data from the People’s Vaccine Alliance revealed the vaccine has created nine billionaires with a reported combined wealth of $19.3 billion. Meanwhile, low-income nations received only 0.2 per cent of the global supply, including India.

The People’s Vaccine Alliance is a coalition of organisations and activists united under a common aim of campaigning for a ‘people’s vaccine’ for COVID-19. The alliance’s members include Free the Vaccine, Global Justice Now, Public Citizen, the Yunus Centre, Frontline AIDS, Amnesty International, Oxfam, SumOfUs and UNAIDS. The call for a #PeoplesVaccine is backed by past and present world leaders, health experts, faith leaders and economists.

Delhi’s Chief Minister Arvind Kejriwal recently told the media about some discussions with drug giants Pfizer and Moderna, which resulted in a deadlock. “Both the companies have refused to sell the vaccines directly to us. They have said that they will deal with the Government of India alone,” Kerjriwal stressed. No further comments were given. Business heavyweights also campaigned for wealthy countries to refrain from hoarding the vaccines and distribute to the poorer countries.

The country’s current vaccine shortages are fueled by its politicised trade dilemmas. Linking this conundrum to Indian seafarers’ remaining sidelined, it is incomprehensible why would sovereign countries incapacitate themselves by restricting resources to facilitate world trade.

India has no lack of qualified and experienced seafarers – actively looking to return to the workforce through Marine Online’s crewing arm. The only hindrance is the vaccine which is an added assurance to manning agencies and charters readying a vessel for voyage.