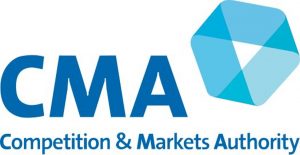 Reduced competition not welcomed
The latest proposed merger to get blocked involved Finnish port equipment makers, Cargotec and Konecranes. The UK Competition & Markets Authority (CMA) announced on findings from its investigation into the proposed US$5 billion deal and its decision to block the merger. Martin Coleman, Chair of CMA’s investigating group said, “Container handling equipment is key to the smooth running of UK ports, and events in recent years have shown us how quickly problems in the supply chain can cause problems for UK consumers and businesses. The solutions put forward by Cargotec and Konecranes failed to effectively address our concerns, which is why we were left with no choice but to block this merger in order to ensure that UK consumers and businesses are not worse off as a result of the deal.”

The Guardian reported businesses have been warning for some time of the impact of the surging costs of moving goods. MakeUK, which represents the manufacturing industry, and the British Chambers of Commerce, wrote last autumn to the UK’s competition watchdog, the Competition and Markets Authority (CMA), asking it to look into the world’s biggest shipping companies and whether soaring costs could be justified.

CMA responded that it will monitor the situation but unable to address the price rises unilaterally, because shipping costs were “the product of multiple factors, often international in nature”. The complaint from the business groups came as shipping industry analysts forecasted that the biggest global shipping firms would make extraordinary profits in 2021, and it came to pass. While big carriers defended the numbers from years of profit droughts, the high rates will continue to pose challenges for cargo owners.