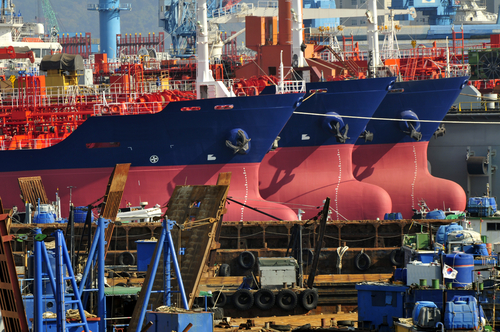 Anyone who used to belittle China’s coming would have to concede now. It can build, manufacture, inoculate and deploy. Matter of time, world trade becomes contingent on the republic. Rather, the question is ‘how soon?’

Manufacturers who earlier gave up shipping their goods to avoid paying high costs may wind up stronger with their access to smaller vessels for the same purpose. As a manufacturer and one of the world’s manning countries, China is gradually dominating global maritime. For starters, it is enjoying a spike in new orders from its competitive pricing, boosting the market for engines and superbly supported by other nations.

The republic is also a powerful player in box manufacturing. Their factories account for 96 per cent of the globe’s dry bulk boxes and all of the world’s reefers, based on data from the United Kingdom’s Drewry Shipping Consultants. Hence, they are free to sell to cargo owners aiming to get around the boxes shortage by shippers-owned containers (SOC). 3 local manufacturers reign the market now, and not even United States’ makers stand a chance against it.

The republic would have its vaccine, if anyone overlooked it. China’s CanSino single dose Convidecia vaccine, has an efficacy of 65.7 per cent at preventing moderate cases of COVID-19, and 90.98 per cent efficacy at preventing severe cases. It is currently authorised for use in China, Mexico, Pakistan, Hungary, and Chile.

As for seafarers, China Maritime Safety Administration’s figures revealed 17,175 newly registered crew onboard international vessels. That adds up to 122,034 Chinese seafarers around the globe. Newbuildings in China contributed to the heightened demand for local seafarers, and the country’s supply of vaccinated crew is icing on the cake.

Cao Desheng, Director of China Maritime Safety Administration, said: “It is a breakthrough for China to send over 120,000 seafarers to other countries last year. Currently, we have the world’s largest seafarers pool.” A report released by the administration noted the number of registered Chinese seafarers was 1,716,866 by the end of 2020, an annual increase of 3.5 per cent, inclusive of 258,896 female seafarers.