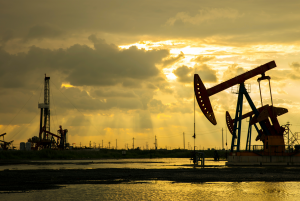 Repost: The last trading day of 2022 saw analysts noting a year of the biggest weekly swings for crude on record – and preparing for the New Year by staging a rally for two key commodities, with West Texas Intermediate settling above $80 per barrel.

However, Bloomberg noted that Friday’s finish was “a far cry” from futures trading past $139 earlier this year in the wake of Russia invading Ukraine.

Gerald Jansen, a Rotterdam-based freelance energy analyst, mused that, “We are back to Brent trading around the $80 per barrel mark, almost exactly where this 2022 started; this is certainly good news for refiners who can now procure cheaper feed stock, however for Middle Eastern heavyweights this still presents a dilemma, especially now that China‘s opening is in doubt amidst soaring infections that forced Beijing to stop reporting Covid numbers.”

John Kilduff, founding partner at Again Capital, said, “The demand and demand growth is going to be a real question because of the heavy-handed actions by the global central banks and the slowdown that they’re trying to engineer.”

Meanwhile, a survey of 30 economists and analysts predicted that Brent would average $89.37 per barrel in 2023, about 4.6 percent lower than they forecast in November; WTI is expected to average $84.84 per barrel in the New Year, also down from prior forecasts.

In other oil related news on Friday, Jean Paul Prates, a senator for Lula’s Workers’ Party and former Petrobas official, was announced as the new leader of Brazil‘s state-owned oil giant; media noted that Pratas will preside over a company that has been criticized for doling out record dividends but not investing enough in oil refining, and his goal is to transform Petrobas into a renewable energy powerhouse.

Pratas said earlier, “All oil companies are turning into energy companies, and it isn’t just talk, [but] none of this is happening at the right scale at Petrobras.”