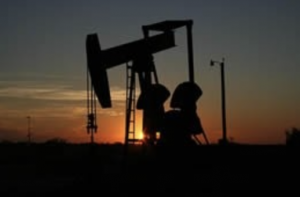 The latest issue concerning Russia and Ukraine is whether the U.S. and the European Union ban imports of oil from the former Soviet Union, and Russia deputy prime minister Alexander Novak warned on Monday that such a move would push prices over $300 per barrel.

He said, “It is absolutely clear that a rejection of Russian oil would lead to catastrophic consequences for the global market,” and he added that it would take Europe more than a year to replace the volume it receives from Russia on top of having to pay significantly higher prices.

Bank of America was less alarmist in its assessment of banning Russian oil: it calculated a shortfall of 5 million barrels per day (bpd) or greater, pushing prices as high as $200.

Considering the current geopolitical climate, such a ban may be inevitable: a purchase on Friday by Shell drew condemnation, and TotalEnergies said its traders will no longer buy the nation’s crude.

Meanwhile, one of two main sources of possible respite from global oil shortages – the revival of the 2015 nuclear deal with Iran – hit a stumbling block on Monday shortly after Tehran said it had agreed on a plan to resolve outstanding issues.

Russia’s demand for written U.S. guarantees that sanctions on Moscow would not harm Russian cooperation with Iran was perceived as a major detriment to the deal being ratified, according to an Iranian official: “Russians had put this demand on the table since two days ago; there is an understanding that by changing its position in Vienna talks Russia wants to secure its interests in other places, [but] this move is not constructive for Vienna nuclear talks.”

The other source of possible respite from tight global supplies is the Organization of the Petroleum Exporting Countries (OPEC), which steadfastly refused to increase production prior to Russia’s invasion of Ukraine and on Monday gave no indication it had a change of heart; instead, secretary general Mohammad Barkindo told CERAWeek delegates in Texas his organization has no control over the events that led to the escalation of prices and that there is not enough capacity worldwide to compensate for the loss of Russian supply.

He added that “All we can do is stay the course of our decisions.”