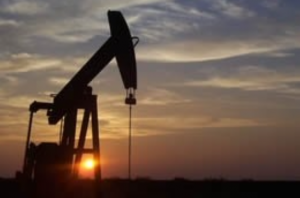 Repost: A weaker U.S. dollar plus a substantial draw in that country’s crude inventories fostered a bullish mood among Covid-battered traders on Thursday, causing a 2 percent gain in futures prices – however, conflicting signals on demand outlook thanks to the omicron variant remain.

This is in addition to product supplied by refineries, a signal of consumer demand, hitting a record 23.2 million bpd, according to the Energy Information Administration.

Consultant Kayrros also reported that global onshore crude inventories are also dropping, led by draws in Europe, despite governments reimposing lockdowns to deal with the spread of omicron.

Meanwhile in Saudi Arabia, the Joint Organization Data Initiative on Thursday reported that crude oil exports in October rose for a sixth straight month to their highest since April 2020.

Contributing to the positive sentiment and conflicting with a host of earlier reports that insisted omicron would result in an oil surplus (and lower prices) in the New Year, Vitol Group said it expects prices to rise next year due to a lack of new investment in production.

John Kemp, commodities analyst at Reuters, on Thursday noted that given the currently depleted level of inventories, “the market is likely to absorb both strategic sales and increased output from OPEC+ and U.S. shale producers relatively easily.”

However, sentiment within analytical circles remains largely downbeat: Gary Cunningham, director of market research at Tradition Energy, said, “As more information comes out about potential lockdowns or travel restrictions as a result of omicron we could see a pullback from here.”

Indeed, many firms across the globe are asking employees to work from home, which theoretically could limit demand going forward.

It fell upon Kemp to strike a middle ground: “The new wave is likely to delay a recovery in international passenger aviation from the first quarter into the second, by which time the build up of immunity and seasonal changes should help reduce virus transmission.”