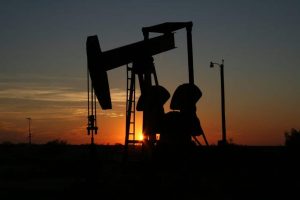 However, a host of elements suggested that demand is resilient, despite headwinds: Washington posted data showing that U.S. employers were robust in adding jobs throughout December; plus, stock markets in China reported a five-day winning streak due to expectations that the country would soon recover economically from the 2022 Covid lockdowns imposed by the Chinese Communist Party.

Ed Moya, senior market analyst at Oanda Corp., said, “This was a very good [U.S. jobs] report for oil as the labour market remains robust and wage pressures are coming down, which will allow the [Federal Reserve] to stop hiking fairly soon.”

For the record, countries around the world are demanding that visitors from China, who have remained largely homebound for three years, take virus tests before crossing borders, to ensure the outbreak in that country doesn’t spread.

For his part, respected hedge fund manager Pierre Andurand said on Friday that crude prices could exceed $140 per barrel if China fully reopens, and he added that the “market is underestimating the scale of the demand boost that it will bring.”

In other oil related news on Friday, the first week of the New Year also saw energy giants obliged to absorb new tax hikes from the European Union and the U.K.

Shell on Friday said it expects to pay $2 billion for the fourth quarter as a result of the taxes: “The Q4′22 earnings impact of recently announced additional taxes in the EU [the solidarity contribution] and the deferred tax impact from the increased UK Energy Profits Levy is expected to be around $2 billion.”

The EU in September stated that oil and gas companies will pay a levy on surplus profits made in 2022 or 2023, with the “solidarity contribution” obliging these companies to pay 33 percent of profits above their average taxable profits.

In the U.K., the energy industry must pay an expanded windfall levy of 35 percent, which is expected to raise over $40 billion over the next six years.