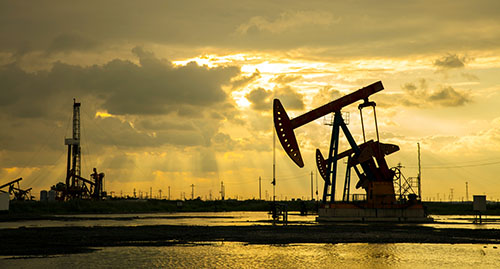 Repost: As widely predicted, the Organization of the petroleum Exporting Countries (OPEC) on Thursday resisted the U.S., Japan, and India calling for greater output and agreed only maintain its current pace of supply increases – and as a result, crude prices dropped to their lowest in a month.

OPEC approved a 400,000 barrel per day (bpd)production hike for December, which critics insist is too little to sustain the global economic recovery and virtually guarantees that the U.S.will tap its Strategic Petroleum Reserves to bring some level of normality to prices at the American pump.

John Kilduff, founding partner at Again Capital, remarked, “It’s being considered an emergency, or a crisis at this point; I would expect the aggressive action on the consumer side.”

Rebecca Babin, senior energy trader at CIBCPrivate Wealth Management, said of crude trading patterns, “What’s starting to get priced in is the fact that the Biden administration painted themselves a little bit in a corner where they have to do something in response to OPEC not doing anything,” and she added that releasing 60 million barrels from the SPR would mean Edward Bell, senior director of market economics at Emirates NBD, also noted that the SPR is only tapped for emergency cases like natural disasters or war; regardless, “we remain of the view that oil prices will stay high until the end of 2021 and likely bleed into the early parts of next year.”

Alexander Novak, deputy prime minister of Russia, defended OPEC’s stance in a press conference after the meeting by observing a decrease in European fuel consumption in October, which he said: “underscores the fact that global oil demand is still under pressure from the delta Covid-19 variant.”

Prince Abdulaziz bin Salmon, energy minister for Saudi Arabia, added, “Oil is not the problem, the problem is the energy complex is going through havoc and hell” – a reference to the surging cost of natural gas over which OPEC has no control.

Taking a slightly different tack, Scott Sheffield, CEO of Pioneer Natural Resources, told Bloomberg television that U.S. president Joe Biden should “back off” from domestic anti-oil policies if he wants to rein in crude prices: “The president is realizing all the efforts when he came into office of stopping offshore leasing, stopping drilling on federal leases offshore, NewMexico, both in the Bakken and the Powder River, have been starting to backfire some.

“He’s got to back off his rhetoric on federal leases going forward.”