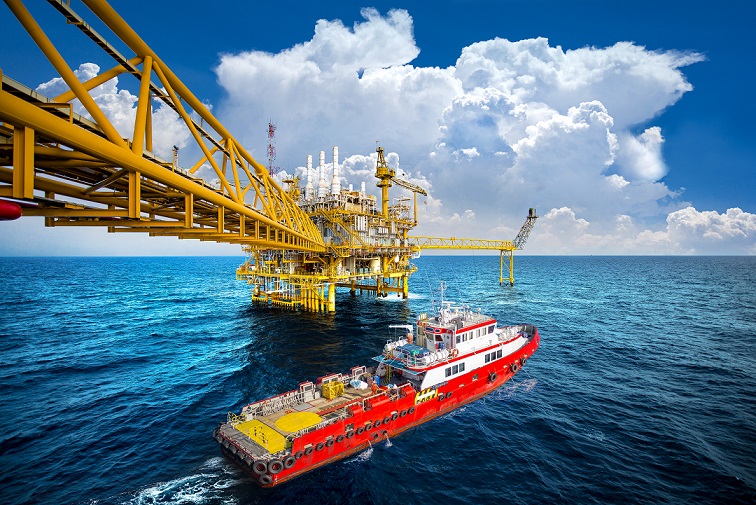 The country retains its position despite a decline in tonnage by 1.3 per cent in comparison to 2019

Panama has one of the world’s most important marine trade routes, which connects the Pacific and Atlantic oceans. For two consecutive years, it retained its pole position – reflecting its near immunity to the pandemic-induced trade reduction.

Panama tops the rankings
In 2019, Panama clocked 333 million in terms of dwt, Marshall Islands trailed behind with 245 million and Liberia at 243 million.

In 2020, the world supply chain experienced a massive disruption from COVID-19 – putting many economies close to a standstill. However, the latest UNCTAD’s Review of Maritime Transport in 2020 revealed Panama has successfully retained its crown. Suffering 1.3 per cent decline in tonnage at 328 million did not shake its top spot. The Panamanian flag flies over 16% of the world maritime fleet, in terms of gross tonnage.

However, Marshall Islands and Liberia exchanged places in second and third position respectively. Hong Kong and Singapore both remain stable at fourth and fifth correspondingly.

Leading flags of registration, ranked by value of principal vessel type (dollars)
An analysis of the commercial value of the world fleet provides another perspective to the traditional market share in terms of cargo-carrying capacity (dwt). In general, dwt is considered the relevant indicator for shipping, because it represents the relevance of maritime transport for international trade volumes.

In terms of dwt, the world fleet is dominated by dry bulk carriers, oil tankers and container ships transporting iron ore or coal. If the commercial value of the fleet is considered, offshore vessels, ferries and gas carriers gain in importance. These ships are costlier to build and the cargo they transport is often of higher unit value than the oil or iron ore transported by liquid and dry bulk carriers. 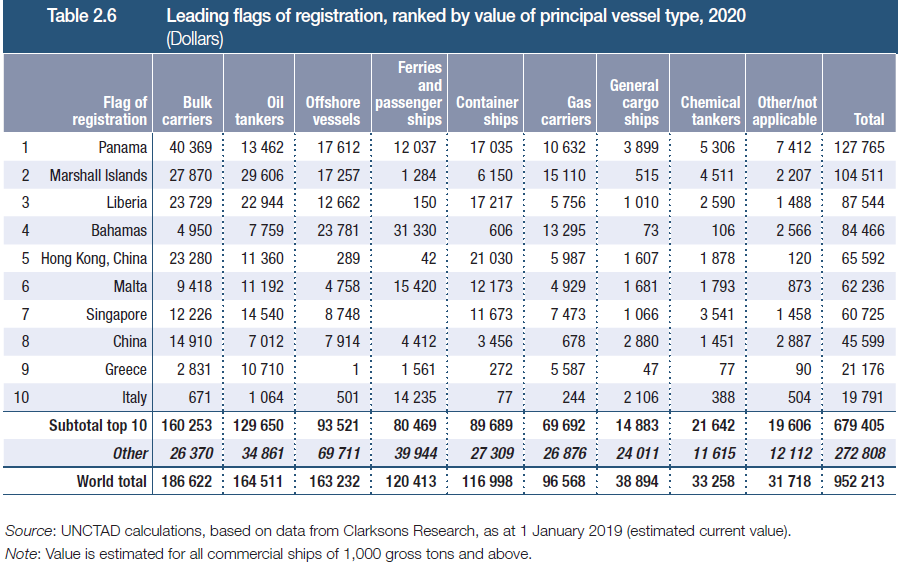 Panama, Liberia and the Marshall Islands remain the three leading flags of registration in 2020. As of 1 January 2020, they represented 42 per cent of the carrying capacity and 33.6 per cent of the value of the fleet.

Panama to date has the largest ship registry with over 8,500 vessels. Marine Online with Panama Embassy in Singapore has jointly launched an online portal that bridges shipowners and Panama Maritime Services. Users can enjoy a comprehensive suite of services including crew endorsement application, vessel registration, and certificate application/renewal. All approvals and certifications are issued by Panama Embassy through Marine Online.