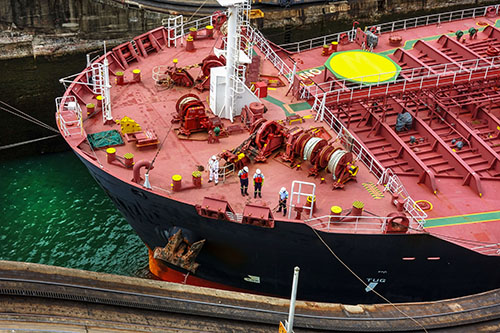 Last week, Coles wrote a piece to “provoke” a strike to convey a message, this time he demonstrated his rapidly thinning patience. In an emotionally charged appeal, Coles called out the unacceptable behaviours of everyone in maritime who participated in the poor treatment of seafarers.

Personal thoughts from a mariner
Coles began by clarifying his stand as a frustrated mariner – pointing out the world deeply knows the complications COVID-19 brings, but alas, nobody seems to be cutting the seafarers some slack. It is “enough said about the problems from COVID-19 affecting seafarers” and “take responsibility for the injustices the world at large put them through.”

Coles cited a wide array of problems that aggravated the situation. They include blocked visas and crew change, establishments, organisations, and governments had statements, excuses, which hindered the ship from moving. He also hinted recognising seafarers as essential workers were nothing more than lip service. Coles went as far as to allege vessels deliberately disabled the internet to stop the crew from finding out if other vessels had crew change or even negotiate some bonus.

While praising the good intentions of inoculating seafarers, Coles did not mince his words about how flights were acutely overpriced, plus the extended quarantine protocols from the departing country as well as disembarking countries. With the degree of injustices seafarers suffered, a strike by his standards is not dramatic as one would have assumed. He likened this to “old days when the masters kept the workers down”. Coles ended his appeal with a question asking if the maritime industry has a plan for the mariners who sustain the world supply chain – bringing us every essential item we are using.