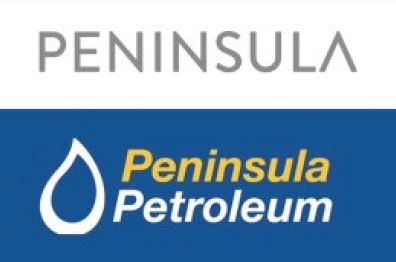 Repost: Global marine fuel supplier Peninsula Petroleum is heading for a rebrand that plays down the oil part of its business.

The company is slowly starting to use a new logo that no longer features ‘Petroleum’ in its name, as well as dropping its trademark blue and yellow colours in favour of a monochromatic scheme.

While no official announcement has been made on the new branding direction, the new logo appears on the bunker company’s LinkedIn page, some company documents, and perhaps most notably in its support of this week’s online IBIA Annual Dinner Networking event.

Peninsula is “pioneering marine energy solutions,” according to a promotional video published as part of its sponsorship of Monday’s virtual gathering.

“We are developing ways to be more sustainable,” the company said in the video, with the words accompanied by an image of a plant being watered.

The move comes as the shipping industry as a whole looks to move away from fossil and oil-based fuels as part of efforts to reduce emissions.

Bunker companies will play a key role in that transition, and earlier this month Peninsula announced it had made its first foray into the alternative bunker fuels market having set up an LNG bunkering business and tasked its new head of business development Nacho deMiguel with “developing the company’s presence in the renewables space.”

While industry consensus suggests it will take many years and billions of dollars in R&D funding before the low-to-zero emission fuels of the future are available in the open market, the bunker industry may find it needs to burnish its green credentials in the coming years as the lenders that it relies upon take an increasingly dim view of oil.

Projects like the Poseidon Principles are starting to tighten access to credit to parts of the shipping industry that have yet to make substantial progress towards decarbonisation, and the bunker industry may fall victim to this dynamic if it is slow to demonstrate how it is changing.

Peninsula is one of the world’s leading bunker companies with an estimated annual bunker sales volume of 13 million mt, and ranked third in the recent list of Top 10 Bunker Companies for 2021.

The company plans to make an official announcement about its branding “in due course,” a company representative told Ship & Bunker on Wednesday.

About Jack Jordan
Jack Jordan is the Managing Editor of Ship & Bunker, the world’s most read marine fuel-focused publication.
He is an experienced financial editor and reporter with a first-class degree in Arabic and Russian, a postgraduate diploma in newspaper journalism and several years’ history of covering the oil and shipping industries and capital markets.
Jack is based in London, UK.