Pressure to decarbonise bobs up ahead of COP26 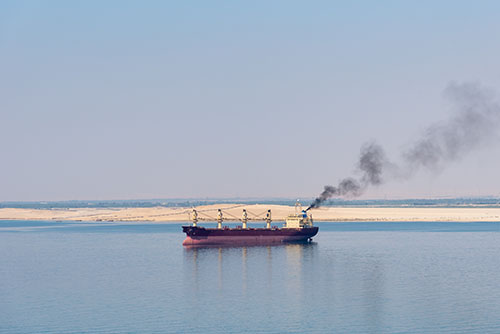 Decarbonisation once again took centerstage before the Conference of the Parties summit (COP26). Notably, International Maritime Organisation’s (IMO) efforts to reduce carbon emissions by at least 40 per cent before 2030 was not aligned with what the 2015 Paris Agreement had in mind.

Long-time misalignment emerged
By 2015 Paris Agreement’s definition, climate neutrality referred to limiting global warming to 1.5°C (2.7°F). Unfortunately, it surfaced that efforts to achieve this were sluggish. Katharine Palmer, the United Nations’ high-level climate champion’s shipping lead, said, “I am hoping we will get that increasing ambition at the conference, and that plays out through IMO. Minimally, 50 per cent reduction by 2050 is no longer good enough in the IMO’s GHG (greenhouse gas) strategy.”

Now deemed as a tall order, a senior official involved in the conference revealed that more pressure is needed to make shipping decarbonise by 2050. Shipping makes up 90 per cent of world trade and accounts for 3 per cent of the world’s CO2 emissions. More than 200 leading companies and organisations, including oil majors and port authorities, joined an initiative launched last month that seeks carbon free shipping by 2050. At the same time, a growing number of countries expressed support towards zero carbon shipping by 2050, including Britain – host of the COP26 meeting.

Credit is however due to Palmer, who conceded some countries remain unable to achieve their net zero targets without including transport. She added the industry has to acknowledge that not everyone can move at the same pace. IMO’s Secretary General Kitack Lim remarked its 175 member states had commenced wider discussions, which included “the upgrade of ambitions in IMO’s GHG strategy”.

Though policy makers and key stakeholders need to step up in their decarbonisation efforts, it is apparent that both sides of the camp are sharing different sentiments. Essentially, the spotlight on politicised trade is expected to shine brighter at COP26.