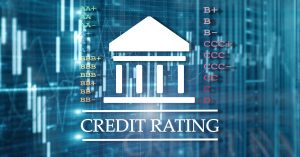 Russia is on its way to a C, while Ukraine is already rated junk

The maritime industry is already wounded by sky-high oil prices. It continues to be bashed good and proper by bilateral differences, resulting in a string of sanctions. These penalties have led credit agencies to rate both Russia and Ukraine badly – spelling more upcoming economic pressure.

S&P said, “In our view, the sanctions announced to date could carry significant negative implications for the Russian banking sector’s ability to act as a financial intermediary for international trade.” The agency too lowered Ukraine’s rating from B to B-. Fitch Ratings rated Russia as BBB- for investments due to one of the lowest debt levels in the world at just 20 per cent of GDP, and nearly US$650 billion of currency reserves.

Ukraine has a dual casualty role now – Moody put Ukraine’s already-junk B3” rating on review for a downgrade. Fitch swiftly followed suit and cut its Ukraine rating to CCC from B. It explained that there is a high likelihood of an extended period of political instability, with regime change a likely objective of President Putin, creating heightened policy uncertainty and potentially also undermining the willingness of Ukraine to repay debt.

Moody’s had also warned a heavy conflict could leave Kyiv (Ukraine) struggling to make debt payments. Scope, a smaller European rating agency, estimated Ukrainian government debt could leap above 90 per cent of GDP by 2024, from about 50 per cent now while S&P Global also warned of a spate of downgrades as a result of the war. The International Monetary Fund is exploring all options to aid Ukraine with further financial support, said its head, Kristalina Georgieva.