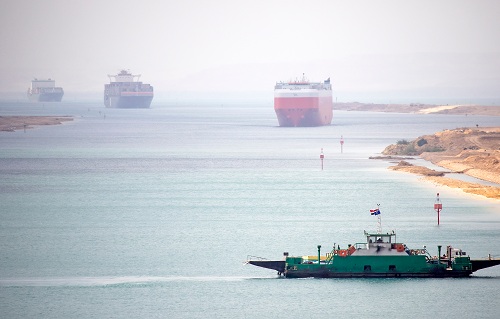 Dramatic hikes in spot rates
The NCFI commentary noted, “Carriers collectively pushed up rates for April voyages and raised booking prices sharply.” London-based Drewry’s WCI index revealed rates from Asia to North Europe increased by 5 per cent to $7,852 per 40ft, but in practice shippers are paying much more – if they can find a line to accept bookings.

Westbound Logistics seconded, “Spot rates are driven up and longer-term or contract rates are effectively worthless. There are already limited equipment and booking availabilities, which varies across lines and origins. Finding a line with a booking slot has become a struggle and available slots are taken quickly. This means when we are quoted a spot rate, we possibly have only 10-15 minutes to confirm it.”

Shippers anticipate a further dip before the recovery. Rolf Haben Jansen, CEO of Hapag-Lloyd said: “Box availability will be tight for the next six to eight weeks. We expect most services to miss one-to-two sailings, which will impact capacity in Q2.” Jansen however expressed optimism for its return to normalcy in Q3.

Adjusted capacities fuelled demands
Transpacific Beneficial Cargo Owners (BCO) are reportedly in the final stages of contract negotiations with carriers. The Loadstar instead claimed they are demands. Jon Monroe, of Washington state-based Jon Monroe Consulting noted some carriers are reducing the MQC (minimum quantity commitment) for BCO annual contracts in order to allocate more space for premium-rated business. He said: “Carriers do have space, albeit a limited amount for high-paying FAK cargo.” Elsewhere, the hitherto stable transatlantic tradelane is also starting to see some dramatic rates increase.

“Continued strong demand and scarce capacity sent rates spiking recently,” said Freightos research lead Judah Levine, who noted that prices from Europe to North America jumped 30 per cent to a multi-year high of $2,851 per 40ft – reflecting a 55 per cent increase since the start of the year.

Indeed, the rate hike contagion spread to almost all tradelanes, going straight to the carriers’ bottom lines. For example, Cosco Shipping saying it expects to post a net profit of $2.3 billion just for Q1, having seen a 55 per cent increase in its average rate compared with Q4 20.