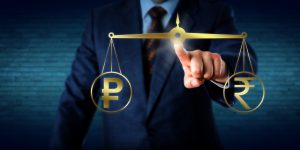 If India is willing to take its chances with Russia risking Western sanctions, would international shipping majors be willing to follow suit? The country clearly has not considered the ship operators’ concerns on potential impacts hitting their balance sheets.

The unconsidered factors
With the geopolitical crisis aggravating rapidly, both India and China are trying to remain neutral. However, India is in a fix now for coal shortages. Reuters noted India’s demand for coal propelled a surge for Russia’s to Indian ports in March 2022 alone. Vessels loaded with at least 1.06 million tonnes of coking coal are set to reach Indian ports this month. This will be the highest since January 2020. According to Refinitiv’s data, 3 vessels carrying coal departed Russian ports for India before the Russian-Ukraine crisis on 24 February 2022. Coking coal is amongst the main component in the steelmaking and thermal coal industry.

Early March, 3 big carriers halted Russian cargoes. Despite the prevailing sanctions which India should deem as a warning, the discounted prices of oil and coal outweighed geopolitical risks. The country is pushing the envelope by pre-empting an upcoming Rupee-Rouble exchange mechanism that enables Russia-India trade continuity. A Sakthivel, President of the Federation of Indian Export Organisations remarked that the international sanctions on Russia provide Indian exporters with an opportunity to expand in the Russian market. “Export to Russia is not much; only in agriculture and pharmaceutical. Now that the whole of the West is banning Russia, there will be lot of opportunities for Indian firms to enter Russia,” he said.

The continual trading is on the verge of provoking a reaction from the United States. On the other hand, both Russia and the United States are India’s important trade and geopolitical strategic partners. On the crux of this issue, Sakthivel stressed, “The government will take into account all the factors. The government is playing it very carefully.” Have India considered a shipping bottleneck which may neuter the Rupee-rouble effort? Despite United States’ accepting India’s dependence on trade with Russia, Western shipping majors would still have reservations.