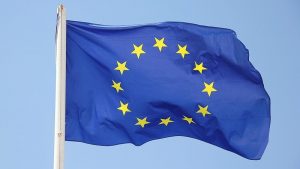 The announcement on finding ways to bypass them said it all

Russia’s Deputy Prime Minister Alexander Novak conceded sanctions have impacted exports, according to Prime news. “Now there are new challenges linked to supply chain disruptions, the insurance of ships that transport our products, and issues of financing and payment. They are being resolved at the moment,” he remarked.

Russia against the European Union
All European Union (EU) leaders will be meeting to deliberate on next courses of action. To date, different nations have various approaches reaching both ends of the spectrum. Poland called for an all-out trade ban on Russia. Brussels is considering a ban on oil to dent Russia’s energy revenue. Other countries, such as Denmark, are pushing for stricter access for Russian ships to European ports.

Germany proposed a pause to review the effects of the prevailing sanctions and eliminate any loopholes, only to be objected by Lithuanian Foreign Minister Gabrielius Landsbergis. The latter said, “Europe cannot give an impression of fatigue when the war in Ukraine has not ended.” Danish Foreign Affairs Minister Jeppe Kofod seconded: “We need to always look towards new sanctions and prepare new possible sanctions.” Hungarian Foreign Minister Péter Szijjártó however threatened to block energy-related sanctions. “We will not support sanctions that could pose a risk to energy supplies for Hungary,” he declared.

S&P Global Commodity Insights’ Platts assessment revealed the discount for a Suezmax cargo of Urals against Brent hit a record high of US$33.36 on an FOB Novorossiisk basis as at 15 March 2022. Novak said in response, “If oil is sold at a discount, consumers will be happy to buy it. We will earn less, but we will be able to place oil.”

Corroborating Russia’s obvious panic, Kremlin spokesperson Dmitry Peskov cautioned that a European import ban would have a serious impact on the global oil market. He said, “It is a very complicated issue, because such embargo would seriously impact the global oil market, and affect European energy balances for the worse.” Novak said Russia will diversify oil deliveries in response to Western import bans and commented companies are already doing this. It will also amend the taxation system to help producers evade operating losses. The country will also monitor the scale of companies exiting Russia and adjust oil production accordingly.