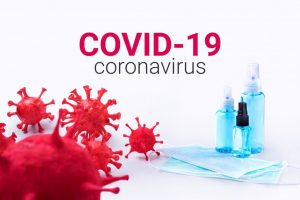 Is China’s zero-covid system due for a re-evaluation with the prevailing economic troubles?

More distress in supply chains
While the policy is not new, industry observers are warning that the policy may be reaching its limits. Bloomberg reported 477 bulk cargo ships were waiting to deliver resources from metal ore to grain into the country. Queues of vessels carrying raw materials have jumped after Shanghai initiated a city-wide lockdown at the end of last month to combat COVID-19. The congestion expanded to nearby Ningbo-Zhoushan as shipowners desperately divert ships to other ports in the country to avoid the trucker shortage and warehouse closures in Shanghai.

Bloomberg shipping data revealed there were 222 bulkers waiting off Shanghai as at 11 April 2022, 15 per cent higher than a month earlier. At Ningbo-Zhoushan there were 134 carriers, 0.8 per cent higher than last month, while further north, the combined ports of Rizhao, Dongjiakou and Qingdao saw a 33 per cent increase to 121 vessels. Additionally, there were 197 container ships either loading or waiting to load in Shanghai’s combined anchorage with Ningbo, a 17 per cent increase from a month ago.

Shipowners and traders disclosed that Shanghai is also suffering from a manpower crunch – a necessity for documentation. Some of that congestion is rippling to other ports, with ships diverted further north to ports in Qingdao and Tianjin where trucking services were not as impacted. At Tianjin, there were 54 ships waiting on 11 April 2022, a 29 per cent hike in a month.

Public outcry has been dominating social media where citizens had trouble getting essentials. Residents were barred from leaving their homes and public transport suspended, with private cars only allowed to make necessary journeys. All firms and factories also suspended production with people to work from home apart from those involved in essential services and food supply. In essence, supply chains are forced to a standstill with hundreds of items onboard vessels remain stuck. It might be worthwhile for China to explore the idea of living with COVID-19 as an endemic, instead of fighting it.