Shanghai’s typhoon – yet another test on China’s resilience? 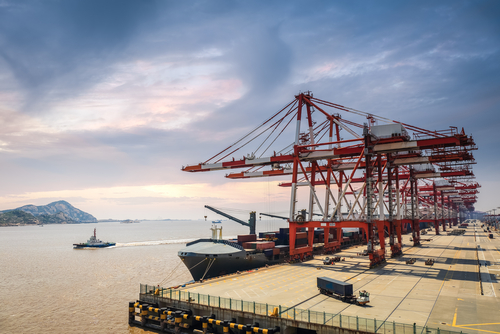 China’s trade enjoyed a slight recovery after the bout of congestions. However, the country is served another resilience test when Shanghai’s ports had to cease operations after a typhoon’s visit.

China’s General Administration of Customs revealed exports increased by 32.2 per cent in June 2021 – in comparison to June 2020. The surge in export baffled industry experts as news of paused consignments overwhelmed China trade. Even Louis Kuijs, Head of Asia economics in the Hong Kong office of Oxford Economics, conceded: “China’s export performance in June is quite impressive and not so easy to understand.” These figures suggest manufacturers tried their best to not pass the extra costs to consumers. Shanghai topped the charts in 2020 for handling about 43.5 million teu – claiming the title of the largest container port in the world, confirmed by data from the Shanghai International Port Group.

However, Typhoon In-Fa’s entry seems to be pushing China to its limits. The ferocious storm hammered Shanghai and drove some of the world’s biggest ports to pause operations till 3 August 2021. Sources familiar with the situation told the media that Yangshan is one of the currently idling ports. They even anticipated possible bottlenecks and hoped against hope that operations can resume on schedule, though that would be determined by In-Fa’s path. The port stoppages implicate goods such as oil products, liquefied natural gas and bulk shipments like grains.

How much can manufacturers take?

Yangshan port’s bureau of maritime affairs reportedly evacuated hundreds of vessels, including all large box ships as wind speeds reached up to 102 km/h. This is undisputedly the correct safety move, but the aftermath would be another conundrum to deal with. Manufacturers have been tactically preserving their profit margins through temporal shipment pauses. However, it is not a long-term solution if market conditions thrust them in deeper disadvantageous positions. Industry observers would be holding their breath on export performances in the near future – given bottlenecks take time to resolve.