Shippers need not limit themselves to big carriers 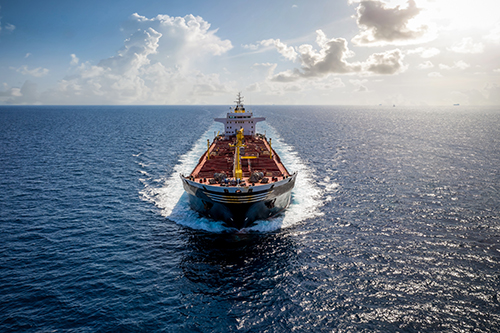 The off-the-charts shipping rates caused intense dissatisfaction among the cargo owners. Nobody would be pleased with having to pay more for the same quantity ferried. However, what many appeared to overlook is how shippers confined themselves to only big carriers.

Rates and service failing upwards
Ever since the Suez Canal incident, there were speculations about price gouging given the blockage which jammed world supply chain. Though it is not a new thing, carriers are alleged to be quoting unreasonable prices accompanied with not honouring the Mininum Container Quantity (MCQ).

The shortage of boxes to meet demand inevitably resulted in inflation and it is a natural move for business (carriers and operators) to cash in. A media quoted and disseminated a straw poll alleging carriers to be quoting extreme shipping rates which did not justify the quantity shipped – under the pretext of equipment shortage.

Quashing the allegations is CEO of World Shipping Council, John Butler. He said in a media report, “What is really driving these problems is the massive increase in US imports.” This was in response to carriers accused of not accepting consignments from United States in preference to Asia, plus the observation of the US boxes imbalance with Asia jump from two-to-one to three-to-one in recent months.

Some truth to it
While no carriers are named, the source of this straw poll which could not be found. The basis of such claims can be backed by natural market sentiments, but till it is proven, there are no benefits in fanning the flames. Inflation will not be leaving any time soon.

Federal Maritime Commission Chairman, Daniel Maffei campaigned against scapegoating the carriers. He highlighted, “I would say we cannot just scapegoat the carriers. There are good eggs and bad eggs in all of these baskets.” A UK-based Non Vessel Owning Common Carrier (NVOCC) claimed carrier-customer relationships have deteriorated considerably. Another claimed they are reduced to pleading with carriers to take on their consignments and having to pay premiums just to secure space onboard.

While there may some truth to it especially with Asia-related consignments, shippers need not limit themselves to big carriers just to get their cargoes across. Marine Online is a platform with an extensive network of available vessels with boxes to sustain shippers’ operations without the exorbitant rates.

Share
Previous Is the ship operator a convenient scapegoat for maritime mishaps?
Next China gets more flak over COVID-19