Shipping companies should not neglect maintenance 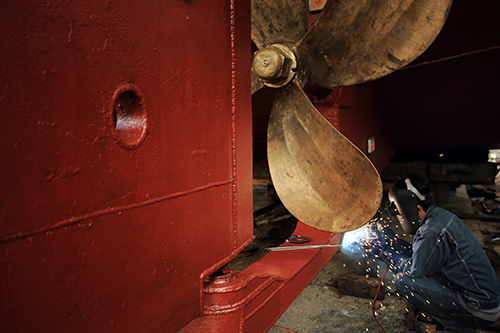 Maintenance is essential to sustain world trade and business operations

Qatar-based Aswan Shipping reportedly had half its fleet blacklisted for horrendous conditions and deemed not sea-worthy. The latest is Australia’s imposing a 36-month ban for a carrier detected for severe deficiencies related to vessel maintenance and sub-standard working and living conditions for its crew.

The implications of rogue business decisions
Though COVID-19 caused many companies to be financially-strained, it is ironic that a rich country like Qatar would place vessel maintenance and crew welfare at the bottom of their To-Do list. Their Panama-flagged M/V Maryam was detained in Port Kembla on 19 February 2021 for numerous deficiencies, including issues with its safety equipment and inoperative electricity generators. Australian Maritime Safety Authority (AMSA) said such ban is unprecedented. It found the vessel to have zero power, no running water, sanitary facilities and ventilation – blatantly breaching the Maritime Labour Convention regulations.

After M/V Maryam’s detention, another Aswan Shipping-owned vessel M/V Mover 3 was slapped with a 18-month ban in Queensland for unacceptable conditions onboard. M/V Maryam’s 36-month ban was due to subsequent issues found onboard during the detention. Allan Schwartz, Executive Director for Operations at AMSA, stressed: “Disenfranchised with the operator’s continued reluctance to meet its most basic obligations to maintain its ships and provide decent working and living conditions for crew, roughly half of Maryam’s original crew demanded repatriation.” Thankfully, 10 crew onboard M/V Maryam were replaced with fresh crew in Queensland.

Having 50 per cent of the fleet blacklisted, and banned from entering certain waters reflect of how the company views vessel maintenance and crew welfare. Aswan Shipping is sending out a clear message to both cargo owners and ship charterers the degree of business implications to expect when a shipowner goes rogue or violates industry regulations.

The importance of vessel maintenance and crew welfare have spilled to both charterers’ and operators’ jurisdictions. In fact, neglecting both creates a chain reaction of business setbacks. Shipowners depend on charterers and cargo owners to remain viable, unless of course the loss is no loss. Access to marine services such as vessel maintenance is definitely within reach and more so for companies with no obvious financial issues. Marine Online has a comprehensive suite of marine services across the globe executed by its authorised service providers at competitive rates.