Shipping lines around the world would not be blamed for expecting their earnings to take a drastic hit as a result of the COVID-19 pandemic, but as it turns out, many of them are actually reporting higher profits than a year ago. In the wake of mass lockdowns around the world due to COVID-19, global trade has been negatively affected, thus causing many to predict financial disaster for many container lines. However, in contrast to expectations, many shipping lines have reported higher profits despite lower volumes and revenues in the second quarter of the year. A.P. Moller–Maersk reported an increase of 25% on earnings before interest, taxes, depreciation and amortisation (EBITDA) to $1.7 billion in Q2 2020, up from $1.4 billion in 2019, despite a drop of 16% in volume. This rise is mainly attributed to an improved performance by Maersk Line. 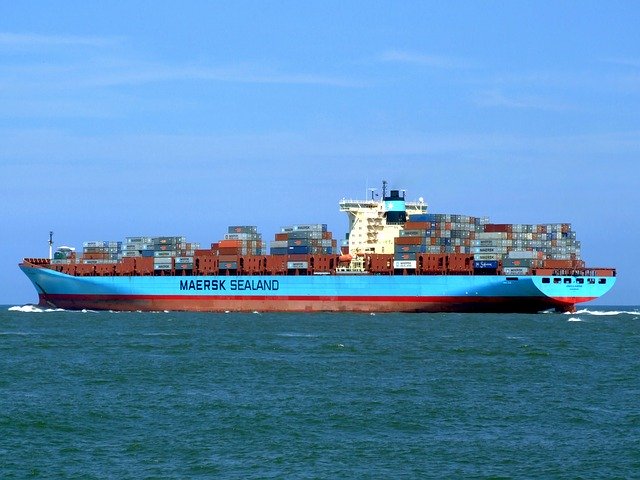 German shipping company Hapag-Lloyd also reported an increase of EBIT, rising $123 million to $563 million in the first half of 2020. This is up from $440 million from the same period in 2019. Despite a 20% drop in demand for cargo from the same period of time in 2019, Japan’s Ocean Network Express (ONE) reported a significant rise in profits, from $5 million in the first quarter ending June 2019 to $167 million for the same period in 2020. Hyundai Merchant Marine (HMM), from South Korea, also reported a profit of $23 million in Q2 2020, bouncing back from a loss in Q2 2019. Similarly, ZIM reported a profit of $25.3 million in Q2 2020, up from $5.1 million in Q2 2019. Many of these shipping lines have been able to manage the negative effects of the pandemic through astute management of capacity. April and May have seen shipping lines pulling out services, with blank sailings a key reason to their improved financial standing. The scale and speed of the cuts allowed for utilisation rates to be maintained on trading routes. Furthermore, the collapse of oil prices has led to lower bunker prices, thus lowering operating costs for shipping lines. As seen from their financial forecasts, many shipping lines believe that they can maintain this performance for the second part of the year. Both Maersk and Hapag-Lloyd have announced forecasts, with Maersk’s earnings guidance of an EBITDA of $6-7 billion, higher than $5.5 billion, its guidance in March before COVID-19 shutdowns. Hapag-Lloyd has kept its initial forecast of EBITDA €1.7-2.2 billion. Despite the positive news from many shipping companies, some remained reticent in their outlook, with ONE saying, “Forecasting FY2020 performance reasonably is still difficult and therefore FY2020 full-year forecasts are not yet fixed.” Improvements in the financial performance of shipping lines are a positive sign, but capacity management, freight rates and future financial performance will all have to be monitored to see if this is the light at the end of the tunnel or merely a blip.   Soource: Seatrade Maritime