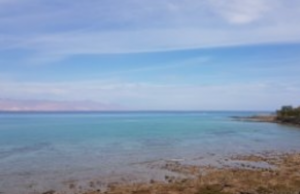 Repost: Ships that lifted contaminated fuel in Singapore have sought to unload the product and pass it on to players in Fujairah, according to reports.

Several players have been offered the fuel, according to Argus Media, although it is unclear whether any supplier in Fujairah has actually purchased the bad bunkers.

Earlier this month, global commodities firm Glencore was named by Singapore’s Maritime and Port Authority (MPA) as the original supplier of contaminated HSFO in the country, who also sold some of the problematic product to PetroChina.

About 200 ships are understood to have received the fuel from the two firms in Singapore, some 80 of which subsequently reported problems with fuel pumps and engines.

The fuel was noted by MPA to have met ISO 8217 spec – but presumably this is limited to the table parameters and it fails to meet clause 5 requirements for fuel to be free from contaminants that make it unacceptable for use.

In theory, a supplier could buy the debunkered contaminated fuel at a heavy discount and attempt to blend out the issue.