Singapore Bunker Contamination: Why Are Organic Chlorides a Problem? 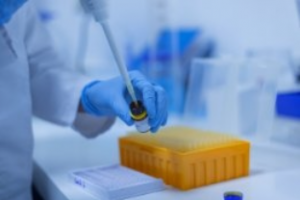 Repost: The presence of Chlorinated Organic Compounds (COC) within a batch of marine fuel is said to be the cause of a much reported contaminated bunker incident in Singapore.

The Maritime and Port Authority (MPA) said it was first made aware of the problem on March 14 and of the roughly 200 ships that have received the faulty fuel, about 80 have reported problems with fuel pumps and engines.

While there has been much discussion over the ramifications of the indecent, Naeem Javaid, Global Operations Manager – Fuel Oil Bunker Advisory Services (FOBAS), Maritime Performance Services, LR, this week took a deeper look at what exactly COCs are, and more importantly, why they might be appearing in your bunker fuel.

“Organic chlorides – compounds containing carbon and chloride bonds – don’t naturally occur in crude oils and are typically the result of additives used in oil recovery as a detergent. These have different boiling points and under temperature and pressure conditions, organic chlorides can decompose to hydrochloric acid, specifically in the presence of water, leading to the corrosion and damage of the fuel system equipment,” he wrote.

“Some organic chlorides have the property to harden the metallic surfaces making surfaces prone to erosion, possibly due to lower boiling points of these volatile organic compounds, they could vaporize off within a fuel service system and remove the lubrication on metallic surfaces, causing scuffing and cavitation, leading to reduce engine performance and, in the worst case, total loss of power.

“This is an important cause for concern, because an uninterrupted supply to engine and functional fuel injection equipment are vital for keeping a ship running. Any damage can compromise the safe navigation of the vessel, putting the ship’s cargo and personnel onboard at much higher risk. Furthermore, in some recent incidents, vessels have experienced a complete loss of power because of a failure of all fuel injection systems onboard ship caused by these chlorides.”

As witnessed not only by the latest incident in Singapore but also the 2018 bunker contamination issue originating in Houston, standard ISO 8217 testing does not identify the presence of COCs and many other substances that can render bunker fuel unfit for use.

As discussed earlier this week, such fuels may pass the ISO 8217 testing phase but this does not make them compliant with ISO 8217 as a whole.

Javaid’s full comments on the incident, and the steps LR is taking to address it, can be found here: https://www.lr.org/en/latest-news/why-organic-chlorides-are-fuelling-shipping-concerns/