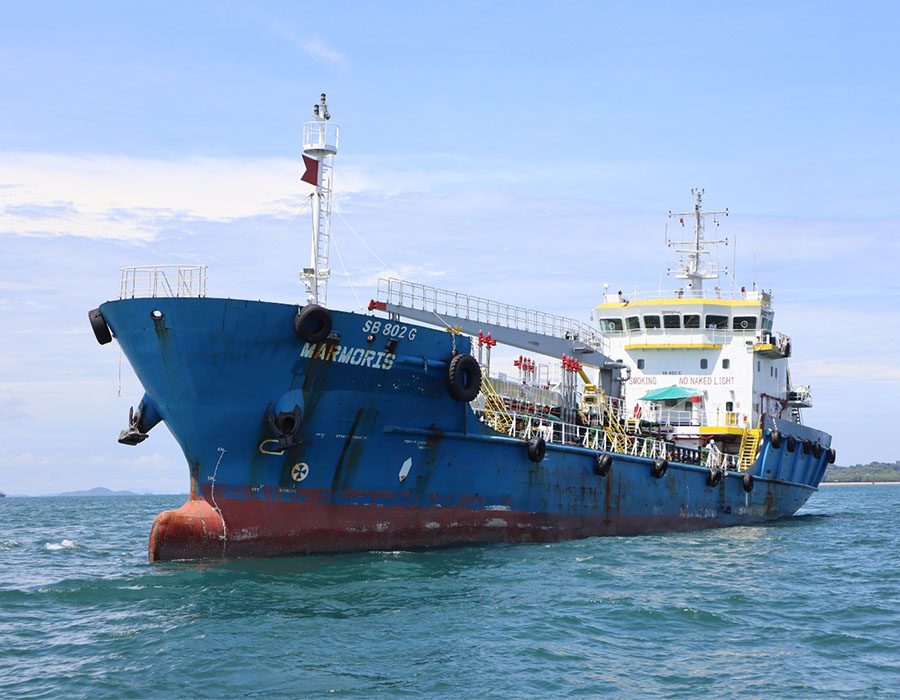 Former crew members of the Singapore-registered bunker tanker Marmoris (SB802G) have been sentenced to prison after a hearing at the State Courts of Singapore on Friday (25 June), learned Singapore bunkering publication Manifold Times.

Ow Yong, who is also the ship manager of Marmoris, earlier told Manifold Times authorities arrested five crew; but was quick to point out investigations found only four of the five crew members being involved in the illegal operation.

“As such, these four individuals have been convicted at the State Courts on 25 June 2021 and were each punished with an imprisonment term of between five to seven months,” he stated.

“We will like to take this opportunity for expressing our gratitude to the Maritime and Port Authority of Singapore and the Singapore Police Force, including the Police Coast Guard, for their respective roles in providing a commercially clean and safe operating environment for the Singapore bunkering sector.

The Marmoris is a 2012-built 2,281 dwt bunkering tanker operating at the port of Singapore.