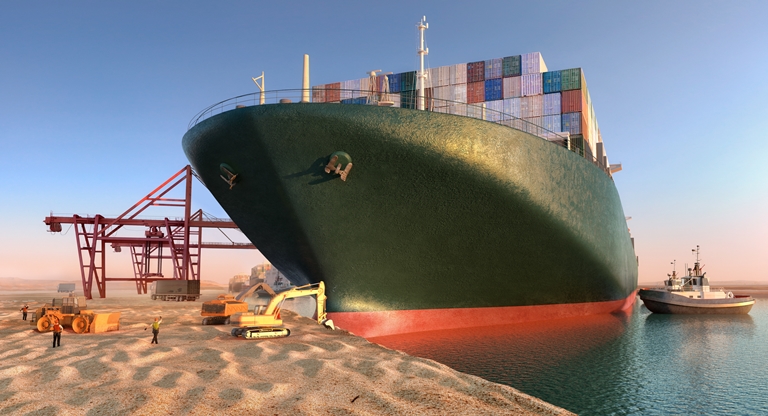 Fruitless efforts to free the mammoth container ship clogging the Suez Canal resulted in more firms’ intervention. Boskalis and Nippon Salvage from Netherlands and Japan respectively, were engaged in devising a plan to refloat the vessel. They will work together with the Suez Canal Authority on the mission. While salvage works are in progress, the Singapore government is expected to withdraw supplies from its current inventories.

Implications from the accident
The Singapore government is anticipating a potentially necessary move to draw from current inventories. Transport Minister Ong Ye Kung cautioned in a Facebook post referencing the implication of the disaster: “It can mean supplies to the region may be temporarily disrupted. Should that happens; some draw down on inventories will be necessary.” Minister Ong added that PSA might see schedule disruption when shipping lines reroute their journey, and prior planning will be necessary to sustain smooth operations. “This is another unfortunate incident illustrating how the world today is closely interwoven,” he noted.

A statement from Evergreen Marine Corp noted, “Evergreen Line will continue to coordinate with the shipowner and Suez Canal Authority to deal with the situation with the utmost urgency, ensuring the resumption of the voyage as soon as possible and mitigate the effects of the incident.”

The Suez Canal is the gateway for the movement of goods between Europe and Asia, and responsible for over 19,000 ships’ transit in 2019 – equating to nearly 1.25 billion tonnes of cargo. This represents approximately 13 per cent of world trade, so any blockage is likely to have a significant impact. The Suez Canal Authority expanded the strait in 2014 to increase its daily capacity from 49 vessels to 97 by 2023. It is a strong indication of the number of vessels likely to be affected by the current crisis. One notable impact is a whopping additional 15 days to the voyage.

Worst case scenario for global trade
Maritime security researchers from the University of Plymouth (UK) named this incident as “near-identical” to recent simulation scenarios of global trade’s worst cases. The ship’s dimensions (400m long, 59m at its widest, and 16m below waterline) are deemed the primary cause of the accident. Researchers regarded this incident to be almost inevitable given the vessel length exceeds the canal’s width. Ever Given’s is now at the Canal’s Suez end, blocking the only passage for ships to pass through. The worrying questions now are if the stuck vessels are shipping time-sensitive goods such as food and medicine and the possible latent effects on trade.