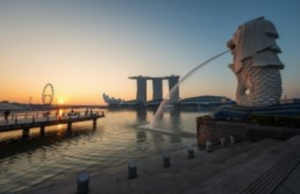 Repost: Global commodities firm Glencore was the original supplier of contaminated HSFO in Singapore that has caused engine problems for dozens of vessels in recent weeks, according to the Maritime and Port Authority.

The MPA was first made aware of the problem on March 14, it said in an emailed statement on Wednesday. Several testing firms have raised the issue of chlorinated hydrocarbons being found in Singapore HSFO samples in recent weeks, with some drawing comparisons to the Houston contamination crisis of 2018.

“Preliminary investigations conducted by MPA revealed that the affected fuel – a blended product, was supplied by Glencore Singapore Pte Ltd (Glencore),” the organisation said in the statement.

“Glencore informed MPA that on receiving reports of its fuel being contaminated, Glencore proceeded to test the fuels supplied by its sources used in its blended product, and discovered that one of them that was sourced from overseas had contained about 15000 ppm of chlorinated organic compounds.

“By the time of testing, Glencore had already sold part of the affected fuel to PetroChina

About 200 ships have received the fuel from Glencore and PetroChina in Singapore. Of these, about 80 have reported problems with fuel pumps and engines, the MPA said.

“MPA is currently in discussions with the industry on implementing additional fuel quality checks that would screen for unacceptable chemicals,” the authority said.

“MPA also intends to submit a paper on the fuel contamination with COC to the International Maritime Organization for the members’ awareness.

“As a major bunkering hub, MPA takes bunker quality assurance seriously and will not hesitate to take necessary actions against relevant parties if they have failed to comply with MPA’s bunker licence conditions or other applicable regulations.”