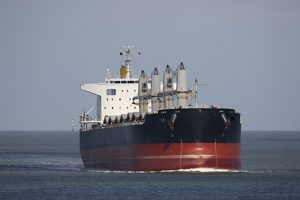 Shipbrokers in their latest report revealed active movements from shipowners

Allied Shipbroking Inc in their latest findings revealed some encouraging news. The highlight was the traction in newbuildings; orders of different sizes were mostly from Korean shipyards.

Spotlight on lower tonnage ships
Another shipbroker, Banchero Costa added the newest orders were focused on the small- and medium sized boxships. Zodiac Maritime from the United Kingdom booked 6 firm Dual Fuel liquefied natural gas (LNG) 15,600 TEU vessels from Daewoo Shipbuilding & Marine Engineering’s (DSME) due in 2025 at US$182.8 million each. Hyundai Mipo Dockyard received an order from Grecian company, Euroseas for 2 Eco Design 2,800 TEU due in late 2023 or early 2024 at US$43.2 million each. Lastly, Capital Maritime placed an order for 4 28,000 TEU vessels also from DSME at an undisclosed price.

The tanker sector have also observed significant sales volume, despite the market remained soft across all types and sizes. The most relevant deal was the sale of 12 product tankers LR1 from Scorpio to Hafnia comprising of 4 74,000 dwt built in 2016 SPP and 8 73,800 dwt, of which 1 was built in 2015 and 7 STX Korea in 2016, for a total enbloc price of about US$414 million. Given all of the ships are eco engine, and some of them are reported to have scrubbers fitted, a premium was factored in. A Japanese-controlled PRIME EXPRESS about 46,000 dwt built in 2010 Shin Kurushima was sold to a Greek buyer for US$16.3 million. With this trend, the industry is optimistic about this upward trend as both Lunar New Year and the Winter Olympics conclude, which should stabilise the market as normally projected.