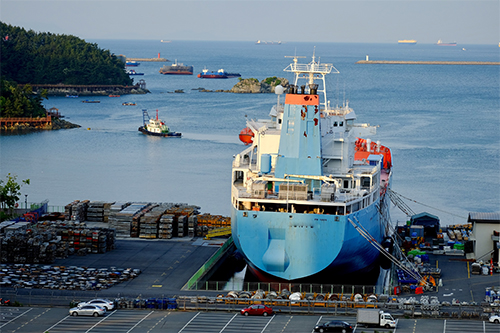 Newbuildings and now fuel; the republic means business on re-establishing its position in maritime

From receiving several orders, to government formulating schemes, and now offering rebates for LNG imports, Korea might be the country next to look out for in big-scale growths.

Subsidies and newbuildings
South Korea’s Ministry of Oceans and Fisheries (MoF) announced a plan to award shippers freight subsidies of up to 20 per cent for long-term shipping contracts. This is one of the government’s efforts to ensure both shippers and carriers maintain even balance sheets.

Korea Ocean Business Corporation (KOBC) plus 3 other policy lenders have also formed a scheme to provide $1.5 billion in ship finance, with a facility to raise this to $3 billion. KOBC is a state-run entity aimed at supporting the local shipping and shipbuilding industry. Lastly, 2 major shipyards received an order of a dozen 13,000 teu vessels due H1 24.

And now fuel…
The IMO mandated a 40 per cent carbon emission reduction by 2030, which resulted in many shipping companies’ exploring ways to be compliant. The government announced a tax rebate for LNG-fuelled ships starting 2022 as an effort to develop the country into a regional LNG bunkering hub and meet strict marine fuel regulations. An official from the Ministry of Trade, Industry and Energy, said: “The government has revised legislation on tariffs to provide rebates for imported LNG used for vessels, effectively from 1 January 2022.”

The current levy on LNG import is 24.20 KRW/kg (2 cents/kg), which came in addition to a 3 per cent tariff during winter’s peak import season between October 2020 and March 2021. The rest of the year’s tariff remained at 2 per cent, on top of a consumption tax at 30-60 KRW/kg. All levies collected will fund the country’s energy projects.

He added, “Abolishing import surcharge for LNG-fuelled vessels is expected to help boost the country’s efforts to develop LNG bunkering and cope with marine fuel regulations.” He added the government is also pushing to cut LNG consumption tax to around 12 KRW/kg to help produce hydrogen and reduce coal consumption for power generation blamed for worsening air pollution.

In another effort towards a regional LNG bunkering hub, state-owned Korea Gas Corporation (KOGAS) plans to build its fifth LNG terminal, with a projected storage capacity of 800,000 kl, in Dangjin. KOGAS is the world’s largest buyer of LNG as a single company, and Korea alone is the world’s second largest LNG importer.