Spike in chartering to be in time for the holidays 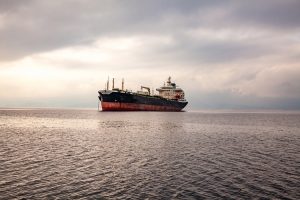 High chartering rates were not welcomed during August and September due to equipment shortages. Some cargo owners were said to be holding out for prices to stabilise wherever possible. On the flip side, a chartering spike was obvious.

Rising demand for another major holiday
Some cargo owners missed out on Christmas from sky-high rates. With the lunar new year in slightly over a month, industry sources noticed cargo owners were not biting on the current premiums and have begun shopping for the best chartering rates. A European shipping line disclosed, “We extended our rates through December. There was however an increasing number of premium deals being cut.” Premium rates from North Asia to East Coast of North America failed to reach US$21,000/FEU, and maintained in the US$16,000 – $18,000/FEU range.

All-inclusive rates including premium surcharges from North Asia to the West Coast of North America averaged at US$13,000 – US$15,000/FEU, up around US$1,000/FEU on either end of the range in week of 13 December 2021. Premium rates for inland point intermodal bookings via Los Angeles/Long Beach to Chicago were at the US$17,000/FEU level and above.

Other sources revealed that premium rates for Southeast Asia to North America cargoes increased as carriers levied General Rate Increases (GRI) amid expectations of higher demand. “Rates have gone up by US$1,000 – US$1,500/FEU for shipments to the US West Coast and US$500 – US$1,000/FEU for the US East Coast. The hikes added to the freight of all kinds (FAK) rates which continue to be stable,” a Singapore-based source divulged. Another source in China quoted the surge at US$500/FEU to the US West Coast and US$1,000/FEU to the East Coast, confirming that premium rates rose while FAK rates were unchanged. South Asian cargo owners concurred prices had not deviated in their respective categories.

Rates for Asia to Europe hiked due to stronger demand as cargo owners hoped to have their shipments arrive ahead of schedule. Data from Platts revealed North Asia to North Continent – rose US$1,000/FEU on the week to US$15,500/FEU on the back of the GRIs, while PCR3 – North Asia to Mediterranean – rose US$750 to US$14,750/FEU on 17 December 2021.