Tanker market recovery on the horizon in 2021 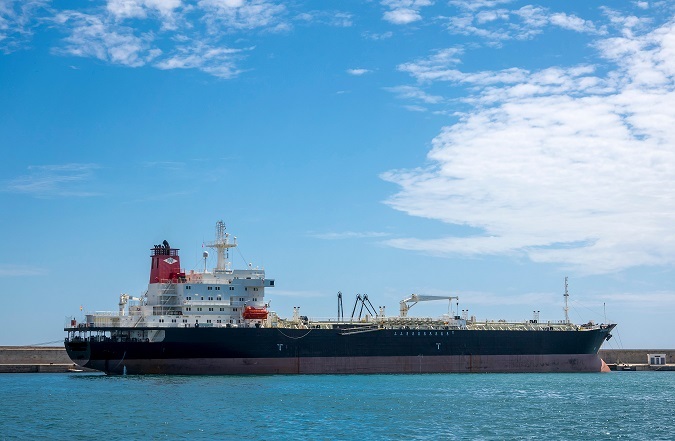 Maritime industry has the potential for a recovery in 2021, facilitated by a change in US leadership, mass immunisation, followed by a sharp rebound in pandemic devastated sectors.

When International Maritime Organisation (IMO) ruled marine sectors’ sulphur emission to be reduced by over 80% from 1 January 2020, the world raced to meet the requirements. However, nobody anticipated the pandemic to toss a wrench into the plans already in motion.

Calm before the storm

Veteran shipbroker, Gibson reportedly looked forward to high volumes of oil trade with the first phase of US-China trade deal in early 2020. Unfortunately, oil production and trade went on a sharp decline in January 2020 due to unrest in Libya. The situation worsened when China imposed a lockdown in Wuhan and other cities, resulting in fallen earnings on Very Large Crude Carrier (VLCC) on TD3C[i]. The revenue contracted to $15,000/day by early-February, from $100,000/day in January, all due to severe cut backs from China.

Gibson noted the biggest blow in March with the pandemic devastating the world in record speed, sending many economies on verge of collapse. Oil demand suffered a catastrophic blow, with a decline of 21.8m b/d YOY in April – the single largest contraction ever witnessed.

Not all was doom and gloom surprisingly as a price war emerged, translating to an emergence of a super contango and helped propel tanker rates to record highs with TD3C reaching WS 220. In contrast, oil prices sunk, from $51/bbl in January to $19/bbl in April, while WTI temporarily collapsed into negative territory, reaching -$37/bbl just before the contract expiry.

By May, Organization of the Petroleum Exporting Countries Plus (OPEC+) instigated a historic 9.7m b/d cut. However, despite the group’s best efforts, floating storage was inevitable. Non-Iranian crude storage peaked on large crude carriers in July when 56 VLCCs and 36 Suezmaxes were employed in longer-term floating storage duties (four weeks or more). This number was even higher when shorter-term storage and discharging delays were factored in.”

Gibson added, “Many countries started to come out of lock down over summer, which saw oil prices rise, albeit modestly. OPEC+ cuts were eased to 7.7m b/d. However, reduced production volumes accompanied with floating storage ran its course, the tanker sector’s earning declined further.

“Venezuelan exports came under continued pressure as the US gradually withdrew support for export licenses. A small ray of hope was the re-opening of Libyan crude exports benefiting tanker employment, but rates were unaffected as millions of barrels still remained missing from the market.”

“By the end of October, non-Iranian crude floating storage was down to 45 VLCCs and 12 Suezmaxes, while preliminary figures show just 29 VLCCs and 6 Suezmaxes at beginning of December. Surprisingly, the orderbook for new tankers has not been significantly impacted by the massive disruption that has occurred due to COVID-19. The orderbook rose by 13% YOY since last December. The unexpectedly high number of tanker orders may in part be attributed to the falling yard prices during the year, from $92m in January down to $85m in November”, said the broker.

“2021 will bring further change. A change of leadership in the White House will see a shift in US Foreign Policy. Environmental factors will grow increasingly impactful. The damage inflicted by the pandemic will be felt for many years to come, with large scale changes in global refining capacity and crude production impacting on trade flows. Bunker price spreads should find their natural level, which may yet vindicate those who invested in scrubbers. At the same time, an increasing number of dual fuel tankers will enter the fleet. COVID-19 will undoubtedly remain a factor, but it is hoped that with the rollout of vaccines, 2021 will be a better year for the world, even if the tanker market takes time to recover its strength”, Gibson concluded.

While the pandemic leaves a lasting mark, businesses that evolve with the times through adoption of various improvising with digital tools and platforms are assured of a place in the new era of maritime industry.

[i] TD3C refers to rates on the Middle East to China route.