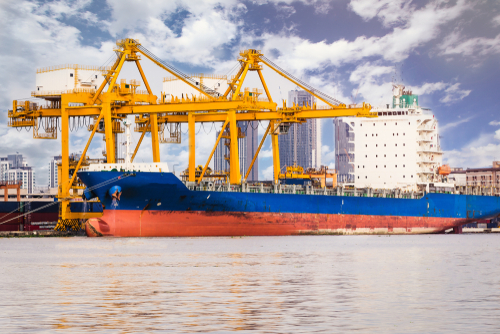 In a statement, the Thai National Shippers‘ Council (TNSC) expects the nation’s exports to rise above 7 per cent in Q3 21 from a year earlier and 6 per cent in the Q4 21 – supported by higher global demand and a weaker baht (THB).

The TNSC added exports are a key driver for the country’s growth, and it is expected to increase by 10 per cent in 2021. Vaccinations are a major contributor to the country’s export success. Chaichan Chareonsuk, TNSC’s Chairman highlighted: “It is the vaccine that will help exports rise 10 per cent this year. If that is not managed well, manufacturing will be affected.” Thailand commenced its mass vaccination drive in June 2021 but faced a shortage. Separately, the Federation of Thai Industries’ (FTI) sentiment index dropped for a third straight month in June, hitting a one-year low on concerns about the country’s COVID-19 outbreak.

The number of cases continued to rise, partially fuelled by the fast-spreading Delta variant and the country’s slow vaccination drive. As at 3 July 2021, Thailand reported 6,230 new infections – the highest level since its near 10,000 cases in mid-May with 41 deaths. Despite that, its weakened THB interestingly boosted exports. The currency depreciated by 6.7 per cent against the dollar this year, becoming Asia’s second worst performing currency. Thailand’s custom data revealed shipments rose 10.78 per cent in the first five months of 2021, compared to 2020.

Thailand is now exploring the possibility of starting its own carrier to support its shipping sector. The Port Authority of Thailand was tasked with conducting a feasibility study and presenting the results to the National Shipping Line Preparation Committee. The project will then be proposed to Cabinet. The meeting agreed on an action plan to launch the national shipping line within one year. Deputy Transport Minister Atirat Rattanaset, Minister Chidchob said, “The move would reduce Thailand’s dependence on foreign ships, cut transportation costs and the freight deficit, and enhance the competitiveness of Thai shipping.”