The COP26 might be a meeting of tall orders 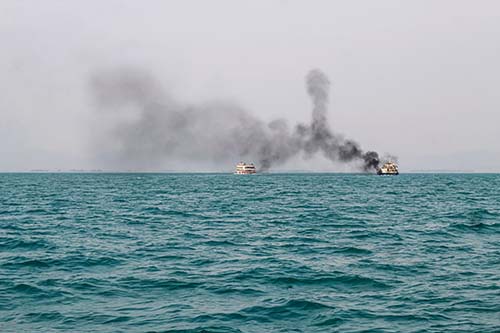 Many industry observers are not confident of materialising climate pledges

In 2015 Paris Agreement’s terms, it referred to cap global warming at 1.5°C (2.7°F). Unfortunately, delegates who attended the COP26 appeared to have only lip service to offer.

More of breaking than making
To begin with, Alok Sharma, COP26’s President stressed, “We need to come out of Glasgow saying with credibility that we have kept the 1.5 °C commitment alive. Given we are already at 1.1 °C above pre-industrial levels, there would be countries underwater at 1.5 °C. That is why we need to get an agreement here on how we tackle climate change over the next decade.”

United Nations’ Secretary General Antonio Guterres said in his COP26 opening remarks, “Let’s be clear – there is a serious risk that Glasgow will not deliver. Several recent climate announcements might leave a rosy impression. Unfortunately, these are illusions.” Guterres made this statement to the leaders of the Group of Twenty (G20) on the eve of COP26. The G20 nations (which include Brazil, China, India, Germany, and the United States) account for about 80 per cent of global greenhouse gas emissions. Stopped short of naming it as “lip service”, a draft statement quoted by a media corroborated the unlikelihood of success in achieving net zero targets. Essentially, it pointed to delegates from G20 may only talk but not commit.

China released its updated Nationally Determined Contributions (NDCs) on the eve of COP26. The goals included pledges to achieve targets before 2030 and carbon neutrality before 2060; cut carbon dioxide (CO2) emissions per unit of GDP by over 65 per cent in 2030 compared with 2005; boost non-fossil fuels’ share of the energy mix to 25 per cent by 2030; and expand forest stocks and installed capacity of wind and solar power. While it is clear as day actions are needed to address climate challenges, it remains to be seen if the world would manage to catch up given the current rising temperature situations.

Taking a step further, insurers would likely dissect the incident down to the root cause of the accident. Subject to the evidence admitted in court, the liability may not rest on the shipowner’s shoulders.