The finalised sum is anybody’s guess 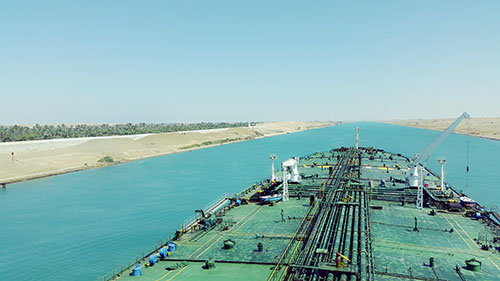 The internet is swarmed by Ever Given’s latest news of an in-principle agreement, however…

It is quite some time since the legal tussle was last reported – with debates about the amount to be settled. Should the finalised sum be the rumoured $150 million Shoei Kisen was claimed to have offered to pay, it will be an earth shaker.

A suit since April 2021
Since the incident at Suez Canal, there were countless sword crossings in court. From an astronomical claim close to $1 billion, it was halved to $550 million. This reduction did not impress the UK Club. Instead the Club continued to question the rationale behind the reduced bill. The hearing went through several adjournments for parties to negotiate “amicably” for a settlement, and the case seemingly went into remission.

In the latest report, the UK Club said that “an agreement-in-principle” was struck between the Suez Canal Authority (SCA) and the Ever Given’s owner on a compensation deal. The value of the settlement was not disclosed. “We are now working with the SCA to finalise a signed settlement agreement as soon as possible. Once the formalities have been dealt with, arrangements for Ever Given’s release will be made,” said Faz Peermohamed, Director of Stann Marine, the law firm that represents the owners and insurers of the 400m-long ship.

A potential overhaul in insurance
With the complexity of the Suez Canal, where it has been operating for countless vessels, this unprecedented episode warrants a relook at maritime insurance. It did not add up when force majeure was ruled out in SCA’s stance despite “strong winds” being cited as a probable cause for Ever Given’s wedging. The authority’s quick and firm disclaimer that it bears no responsibility only thickened the plot.

In any case of maritime accidents, till a cause is established beyond a reasonable doubt, it is the onus of insurers to examine the case from all possible angles. The UK Club has demonstrated its due diligence in seeking the real cause of Ever Given’s grounding. This should prompt maritime insurers to use this as a case study to revise clauses concerning incidents similar to Ever Given’s.